Arthur Moats is not a household name. He was only a sixth-round draft pick, so he wasn't exactly a superstar in college. Chances are, unless you are a Pittsburgh Steelers, Buffalo Bills, or James Madison University football fan, you haven't even heard of him. Yet he is the kind of guy who parents should tell their kids to look up to. He works hard, he plays hard, and he tries even harder to make sure he makes an impact away from the field.

It is not unusual to see professional athletes give back to their communities by donating time and money to charity or their former school. However, in most cases the amounts are significant to the organization receiving the funds, but barely a drop in the bucket to the athlete. 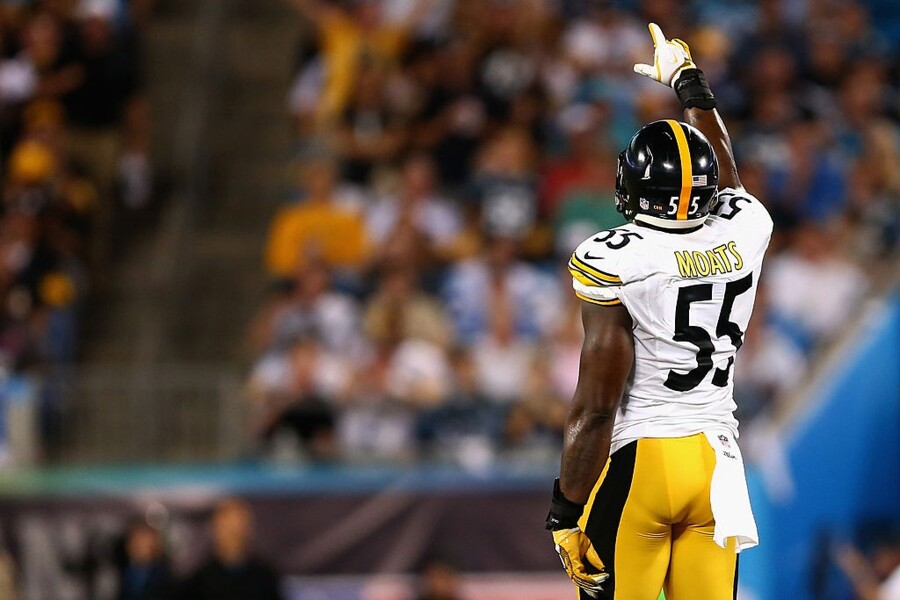 That is not the case with Arthur Moats. Since entering the league in 2010, he has donated over 10 percent of what he has made in the NFL to various causes. As a sixth-round pick, his first contract was for four years and $1.902 million, which averaged out to around $420,000 a year. Starting with his rookie year, he began donating $50,000 to charitable causes that caught his attention (roughly 11.9 percent of his salary). When his pay bumped up to $1.32 million in 2013 he donated $100,000 to charities that year.

Why on Earth would you work so hard to make the kind of money he is only to give it away? The answer is simple. He and his wife want to make a bigger impact, so they careful budget their money so that they can give generously to different causes, as well as their church tithe.

When he does things like give $300,000 to his alma mater, he doesn't see it as cutting a check. It is more like he's paying it forward.  After learning how to become a player worth drafting, earning his degree, and meeting his wife there, he sees the donation as the least he can do for his former school.

A lot of players talk about wanting to make an impact and many do, but few truly give as much as they can, like Arthur Moats does.