This All-Star Pitcher Is Choosing Retirement Over $25 Million. WHY??!! His Reason Is Hard To Argue With…

When A.J. Burnett was named to the National League All-Star Game squad for Tuesday night's game it was the first time he accomplished the feat in his 17-year career. It is an honor well deserved since the 38-year-old has the third best ERA in the game (2.11). For all intents and purposes, Burnett is having a career year. His ERA was below 2.0 for the month of May and has not been higher than 2.25 since his second start of the season. Heading into the All-Star break he has a 7-3 record and will likely finish with his best record since his days in Toronto if not the best of his career.

His career ERA is 3.95, and last year he had an ERA of 4.59 with the Phillies. What he has accomplished this season is nothing short of incredible.

And as if all that wasn't awesome enough, this also happens to be a contract season for Mr. Burnett. That's basically every athlete's dream. You have your best year ever right as your contract is running out, mere months before what should be the an incredibly joyous free agency period.

Despite his age, as a free agent coming off an All-Star year, it's very likely that A.J. could land a $25 million, two year deal with some team in the league. Not a bad way to ride off into the sunset, right?! Well, unfortunately– no, because A.J. has already made it clear that he intends to retire at the end of this season. With a huge payday right around the corner why on Earth would he walk away? 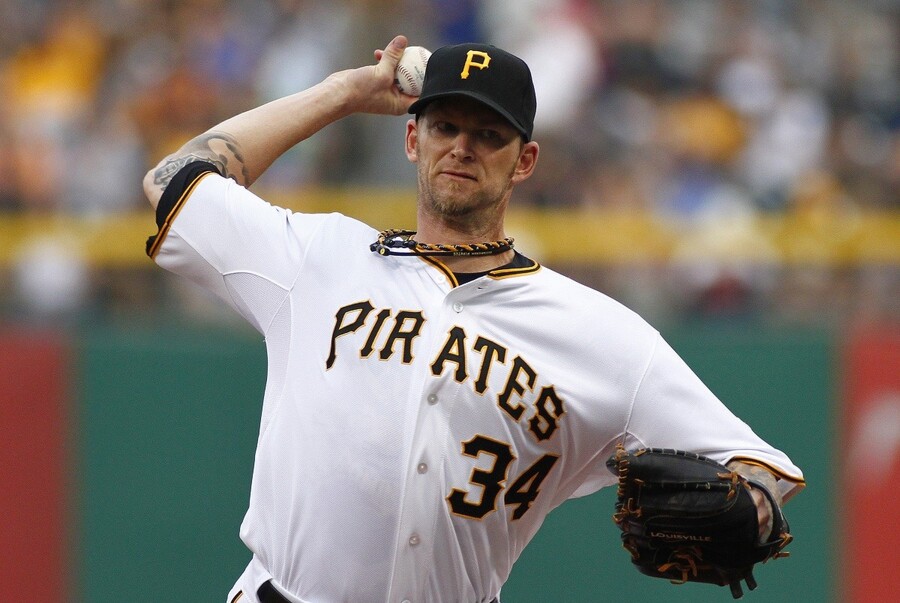 His reasons are actually pretty straightforward and hard to argue with. He simply wants more time with his wife and kids and he wants to be healthy enough to enjoy that time.

"It's that time. My wife has done a lot of things. She hasn't had a summer to herself in a long, long time. My boys are at an age now where I started coaching their basketball team in the winter time and they want me to start coaching others things too. And like I mentioned, the body tells you. I believe I could still pitch for a couple more years but I want to be able to walk away and be active around my kids for couple of years before I start hobbling."

How can you argue with that? You can't – but what about the money?

Don't worry. The Burnett family will never find themselves hurting or on bread lines. Over the course of his career, Burnett has made $144.3 million. A.J.'s net worth is $45 million.

Sure, more is always nice, but again it comes back to his health. What's the sense in making $25 million if you are not healthy enough to enjoy spending it?

Most players play until they can't anymore, or until no one wants them to play anymore. Choosing to do so on his own terms while leaving $25 million on the table had to be a tough decision for Burnett, but kudos to him for being able to make that call!!!

So, what would you do? Retire and spend time with your family or spend two more seasons in the big leagues and walk away with tens of millions more in your bank account???