Most sports fans tend to have the same dream at some point in their lives. We all wish that someday we could own our favorite team. How cool would it be to own an NFL franchise and get to call the shots, enjoy all the perks, and get great seats at every game?

However, if we can't own our favorite team, we would probably be okay with buying another, right? That's pretty much what happened to Philadelphia Eagles owner Jeffrey Lurie. Born and raised in Boston, Massachusetts, he grew up a Red Sox and Patriots fan. So when the Patriots went up for sale in 1993, he tried to buy the team, but his uncle shut the deal down when the bidding reached $150 million. 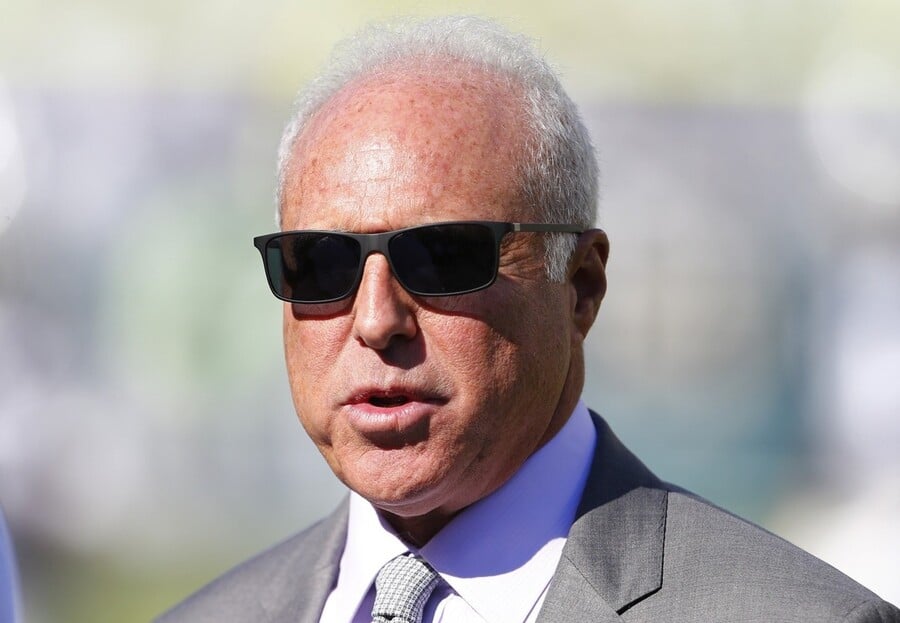 He was a potential buyer for the Los Angeles Rams at one time and nearly partnered up with Robert Tisch to put in a bid for the Baltimore expansion team. His dream finally came true on May 6, 1994, when he purchased the Philadelphia Eagles for $195 million.

So – how did he happen to have $195 million he could spend on a professional sports franchise? Well, he did it the old fashioned way. He borrowed $190 million from the bank, but he and his mother used their stock in the family companies as collateral. His grandfather, Phillip Smith, founded the General Cinemas movie theater chain back in 1935, but the family fortune really took off when the company began to evolve and expand in the 1960s. It was then that the company acquired the Pepsi bottling operation, and evolved into Harcourt General Inc., a $3.7 billion conglomerate. At one time Harcourt General was the fourth largest movie theater chain in the country, owned several publishing houses, three insurance companies, a global consulting firm, and clothing retailer Carter Hawley Hale.

Lurie didn't jump right into the family business at first, but became a professor after earning his PhD in social policy. In 1983, he quit teaching in order to join the family business, the General Cinema Corporation, which was headed by his Uncle Richard.

He attempted to go out on his own and founded a production company, Chestnut Hill Productions, in 1985. In 2011, the company won an Academy Award for the documentary, Inside Job, but other than that, their most memorable production was the 1991 Kathleen Turner movie, V.I. Warshawski.

Since purchasing the Eagles. he served as the team's chairman and CEO. The team is now worth $2.4 billion.

So when it comes to his $1.64 billion fortune, he's most appreciative of the family fortune and football.