Chance Warmack signed with the Philadelphia Eagles last season on a one-year, $1.5 million deal. Typically, this signing would be received with minimal fanfare. Offensive linemen don't get a lot of headlines anyway, and Warmack hasn't been incredibly impressive on the field.

But he did just do something no NFL player has ever done before: collect on a loss-of-value policy.

Warmack was drafted 10th overall in the 2013 NFL Draft by the Tennessee Titans. Warmack took out an insurance policy that allowed him to collect if his second NFL contract was worth less than $20 million.

That $1.5 million deal with the Eagles was Warmack's second contract in the NFL, which put the policy into effect. Warmack will collect about $3 million, which is the maximum payout. 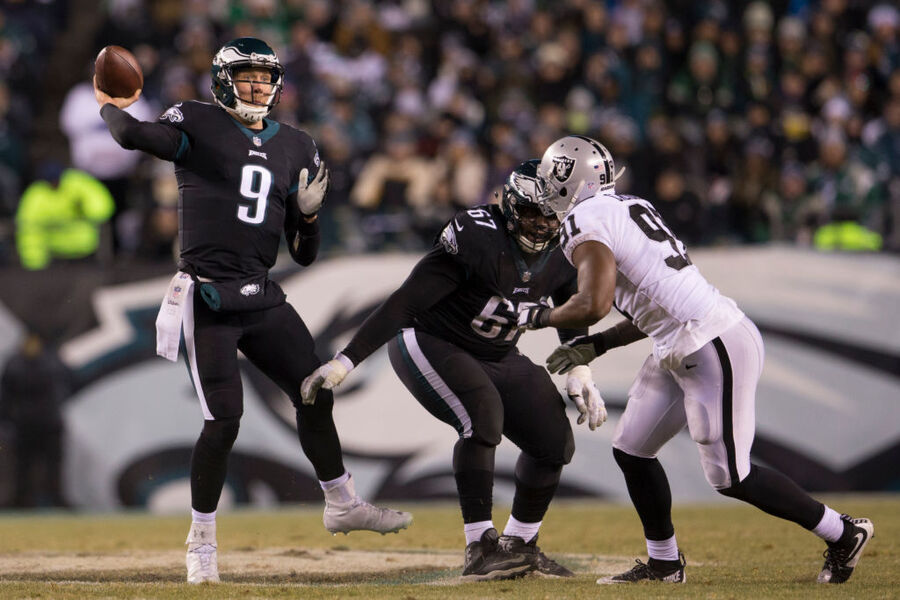 While Warmack is the first NFL player to collect on a loss-of-value policy, a handful of college players have taken out insurance policies, as well.

USC's Marqise Lee and Michigan's Jake Butt are some of the bigger names to do so. They both suffered injuries in college, which resulted in them being drafted lower than expected. The insurance policies helped protect them financially. The players collected on the difference between their projected spot and where they were actually taken.

Warmack signed a one-year extension with the Eagles in September of last year, so he'll be back in Philadelphia again this season.

In the span of just six months, he's won a Super Bowl ring and added an extra $3 million to his bank account. 2018 has been mighty kind to Warmack.