Much was expected of the Philadelphia Eagles last season. With the changes Chip Kelly made, the team was expected to do well under his guidance, but instead, floundered for much of the season and finished with a 7-9 record.

While the players are ultimately responsible for what  happens on the field, it appears that the front office believes the problem was more because of Chip Kelly and not the talent on the roster. Kelly was fired before the season ended, and the front office has been busy over the last few weeks, locking up players about to be free agents with new contract extensions.

It remains to be seen who the quarterback of the future is for the Eagles, but whoever it is, he will have a pair of quality tight ends to throw to. Brent Celek was signed to a three-year deal worth $13 million with $6 million guaranteed. Zach Ertz became the fifth highest paid tight end in the league with his new deal (five years, $42.5 million with $21 million guaranteed). 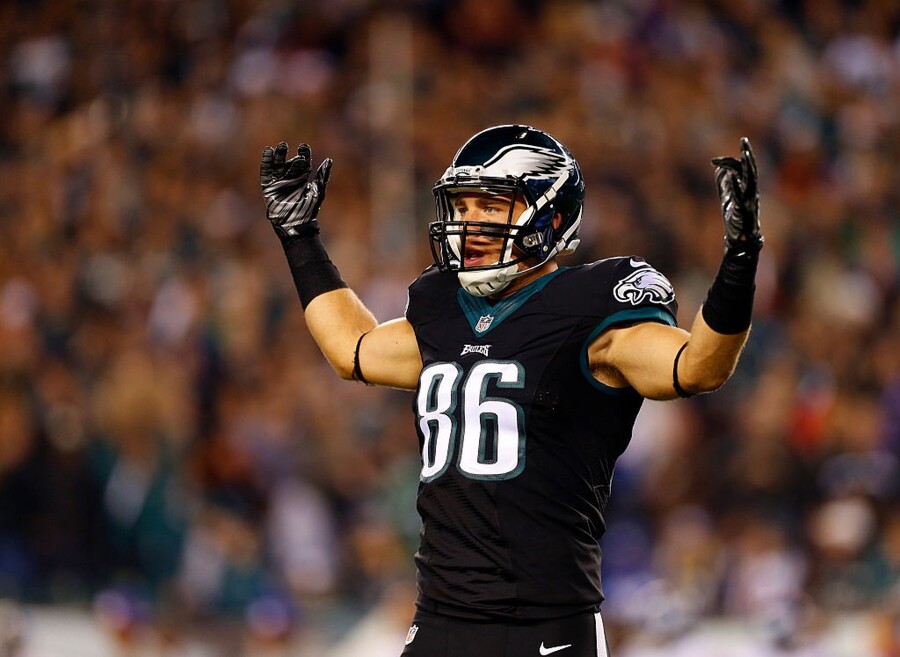 The two were ranked No. 2 and No. 3 on the team in receptions, with Ertz accounting for 75 catches for 853 yards and two touchdowns. Celek had 27 receptions for 398 yards and three touchdowns.

As nice as having targets is, whoever plays quarterback will need to be protected. The Eagles are hoping Lane Johnson can help with that for years to come, since they have signed him to a five-year deal worth $63 million with $35.5 million guaranteed. The team is expected to release veteran left tackle Jason Peters, due to his $9.7 million cap charge in 2016 and move Johnson to from the right side over to the left.

A big question still remains at quarterback. Sam Bradford looked good at times last season, but overall, he did not have the kind of season a quarterback in a contract year should have. In spite of that, rumor has it that the team is still interested in resigning him, but it will have to be at the right price. The $25 million per season deal he supposedly wanted prior to the 2015 season is far from the right price.

While scoring is crucial, the defense needs to remain strong. The Eagles took a big step in that direction by signing defensive end Vinny Curry to a long term deal (five years) worth $47.25 million with $23 million guaranteed.

The front office is still working on locking up defensive end Fletcher Cox with a long term deal, as well. According to the rumor milll, he is likely going to get a $100 million deal with anywhere from $60-70 million guaranteed.

While the team has already spent a lot of money in free agency, team executive Howie Roseman says they are not necessarily done. Roseman said about this:

"Yes, we have the flexibility to sign other players. Obviously, there's a limitation to how much you can do, the totality of it, but we do have room and we do still have flexibility."

If need be, it would not be shocking to see DeMeco Ryans, Riley Cooper, and/or Mark Sanchez released to create more cap space.