Phil Mickelson Just Became The Oldest Golfer To Win A Major—How Much Has He Made In His Career?

Phil Mickelson entered this year's PGA Championship as the 115th-ranked men's golfer. His chances of winning this particular event? 280 to 1. So, yes, you could say it was a long shot that the lefty would take home a victory.

Yet long odds haven't stopped Mickelson before. And by early Sunday evening, he had won his sixth major title. This one is extra special, too: he's now the oldest men's golfer ever to win a major.

Golf statistician Justin Ray offered a bit of a wild perspective. In 456 major championships in men's golf history, Mickelson is the first golfer aged 50 or older to win. 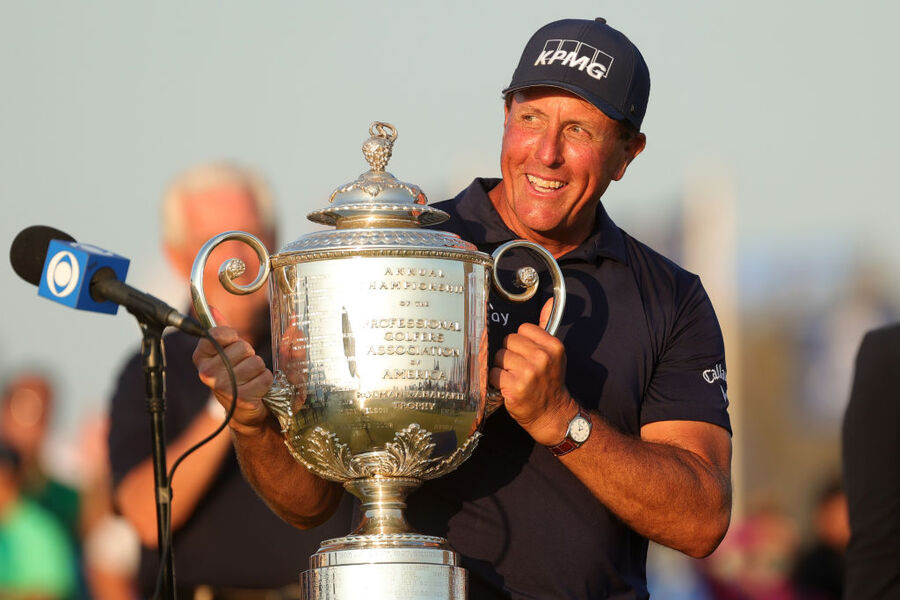 The 50-year-old Mickelson made history, but that wasn't the only record set on Sunday. The purse for this year's PGA Championship was $12 million, the largest ever for the event.

As the winner, Mickelson will take home $2.16 million. And he's nearing a milestone only one other golfer has ever reached: $100 million in career earnings.

As The Action Network's Darren Rovell shared, Mickelson has now made $94,611,711 in on-course earnings. That doesn't take into account his endorsement deals, which include partnerships with Amgen, Amstel Light, Callaway Golf, KPMG, Mizzen+Main, and Rolex, among others.

Mickelson is second on the all-time course earnings list. He's still about $25 million behind Tiger Woods, who has taken home $120,851,706.

Woods, 45, has 82 PGA Tour wins, including 15 majors. By comparison, Mickelson has won 54 events and six majors.

With more opportunities on the way, Mickelson will likely hit $100 million in career earnings within the next few years, even if he doesn't win another major during that span.

He knows they don't come easy—the last time Mickelson won the PGA Championship was 16 years ago. So for now, he's enjoying every moment of this victory.