The PGA Circuit Has Some New Millionaires This Year

By Daniel Lipson on October 6, 2017 in Articles › Sports News

With so much money in the game of golf, this year the winners are walking away with millions pocketed in prize money. For example, the season-long FedEx Cup is worth a single payout of $10 million, the U.S. Open has a combined worth of $12 million, and Masters follows closely behind at $11 million. When put together, the top players are able to earn impressive totals by the end of the season.

For example, this year's top earner: Justin Thomas, age 24, earned over $19.9 million for winning the PGA Championship, Dell Technologies Championship, and Sony Open. He led the PGA Tour in wins and earnings, setting records at the U.S. Open and taking the FedEx Cup (and the $10 million that comes with it) in September. Even more incredible? This his only his third year in the pros.

Close behind Thomas is Jordan Spieth, also 24, with wins at the Open Championship, Travelers Championship, and AT&T Pebble Beach Pro-Am. Spieth's stunning performances at the Traveler's and Open Championships helped the young golfer to rise above some of the old vets and earned him over $12.4 million for the season.

Dustin Johnson, 33, rounds out the top three, with earnings of over $10.2 million from his finishes at WGC-Mexico, WGC-Dell Technologies, and The Northern Trust. His performance earned him the top spot in the world rankings, but his year at the majors was a bit poor until the PGA Championship.

Twenty-five-year-old Hideki Matsuyama fell just short of being the first Japanese player to win a men's major at the U.S. Open, but his hot performances at the Masters in each of the past three years suggests that his drought may end very soon. With wins at the WGC Bridgestone, WGC HSBC, and Waste Management Phoenix, he brought home $8,980,570 over the season.

John Rahm is another interesting golfer to watch. He ranked #5 in earnings with $7.1 million for wins at Farmers Insurance, second place at WGC Dell Technologies, and second at Dean & DeLuca, but the 22-year old just started playing in June of 2016. With four consecutive top ten wins this season, Rahm's number five finish is an impressive feat considering he's played in far fewer games than most of his elite peers. 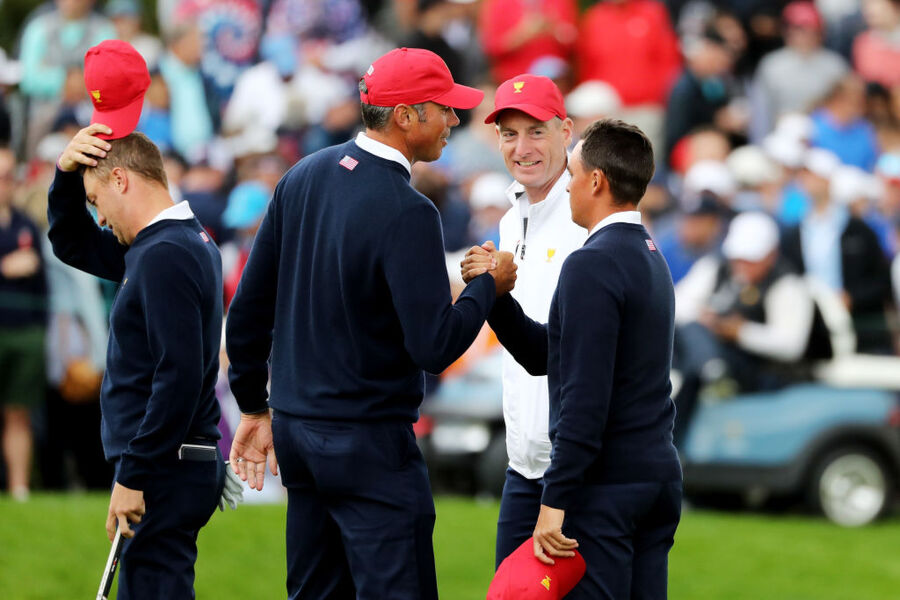 Rickie Fowler may have four PGA Tour wins to his name, but he's well known for his activities off the green. The 28-year-old California native also surfs, rides dirt bikes, and sings in his spare time. He's no slouch at golf, either, winning the Honda Classic and podium finishes at the Memorial Tournament and BMW Championship to earn well over $6.7 million.

Kevin Kisner is popular with fans for his short game skills and no-frills demeanor, which earned him just over $5 million with wins at Dean & DeLuca and second place finishes at Zurich and Arnold Palmer. But he's not as popular on his home course, Palmetto Golf Club in South Carolina. Back in 2016, Kisner and his friends starred in a Vice Sports video featuring golf cart races and plenty of beer, which led to his suspension from the club.

Veteran golfer Justin Rose, earned nearly $4.8 million with second place finishes at the Masters, Sony Open, and BMW Championship. He's one of only two Olympic Gold Medalists in the sport, earning his in Rio last year to beat his rival and good friend Henrik Stenson.

Pat Perez is another of the sport who sat out most of the 2016 season due to a shoulder injury. Perez came back strong to win the OHL Classic, get second in the Wells Fargo Championship, and third in the SBC Tournament of Champions, earning him over $4.6 million in prize money. Perez has a reputation for being a bit of a hothead, but this year he played it cool and took three podiums.

Another older player, Sergio Garcia, only competed in a single stateside tournament this year, but it was a big win. Thirty-seven-year-old Garcia battled it out with Ryder Cup teammate Justin Rose to win the Masters tournament, which helped boost his season's earnings up to over $3.7 million.