There is a new trend in the NFL. More and more players are not staying in the game as long as they can. Rather than earn a few million more, they are opting to walk away from the game with their bodies relatively intact – or before they break down completely. It looks like Percy Harvin is the latest to do just that.

The 27-year-old wide receiver last played for the Buffalo Bills and had an offer on the table from them. Rumor has it, there were several teams interested in the former first-round pick. Rather than make a few million more from whoever he chose to sign with, he has told the Buffalo Bills that he is going to retire.

Several media outlets have reported that he has said he is "looking forward to life after football." If that is indeed the case, and it has nothing to do with offers being too low, it is probably best that he does hang it up. 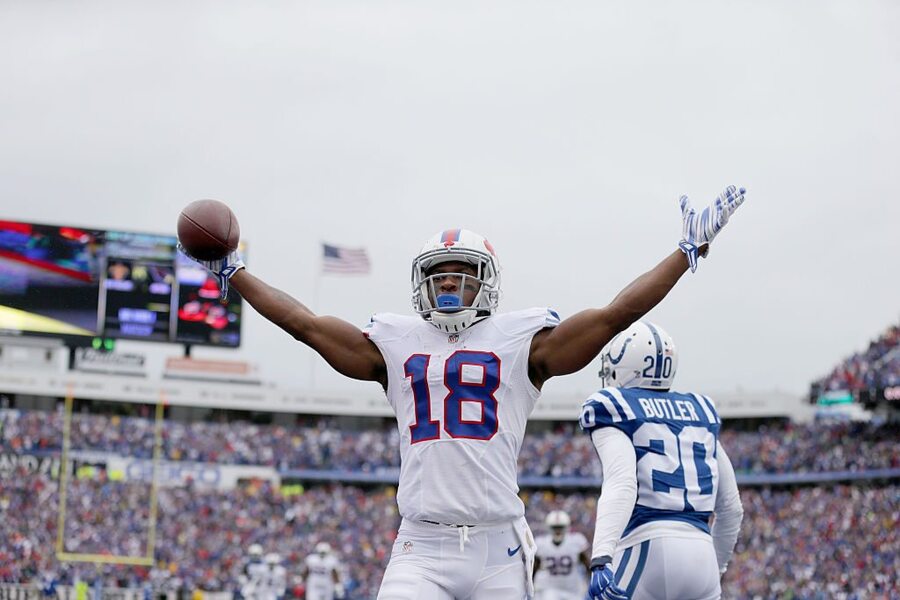 When he first entered the league in 2009 as the first round pick of the Minnesota Vikings, he appeared poised for greatness. As a rookie, he had 60 receptions for 790 yards and six touchdowns, along with two more on kick returns. He came close to having a 1,000-yard receiving season in 2011, but fell just short with 967 yards (and six touchdowns).

His biggest impact came in the return game. During his four years with the Vikings, he returned five kicks for touchdowns – three of which were returns of more than 100 yards.

The Seattle Seahawks believed he had star potential, and traded the Minnesota Vikings a first and seventh round pick in the 2013 draft and a third-round pick in the '14 draft. Seattle believed in him enough to go ahead and sign him to a six-year contract extension worth more than $67 million.

What looked like a good deal at the time, ended up being one of the worst free agent deals in the history of the league. Injuries kept him from playing for the majority of the 2013 season, but he did make a few big plays in the Super Bowl. The following season he struggled with injuries again, but managed to play in five games where he made 22 receptions for just 133 yards.

His lack of production alone was enough to make Seattle regret the deal. Fighting with teammates, arguing with coaches, and refusing to re-enter a game were enough to encourage the Seahawks to cut their losses and let him go. They traded him to the New York Jets for a conditional draft pick.

In the end, even though he played less and caused more problems, he still made over $19 million during his time in Seattle.

Harvin will turn 29 before the 2017 season begins. Should his injuries heal sufficiently, it would not be surprising to see him attempt a comeback. It will probably depend on just how good life after football is for him.