It would feel good to make $50 million when you were 22, right? Alas, for most of us, we've either passed that age and haven't quite reached the $50 mil milestone, or we aren't 22 years old, but we also aren't exactly on a fast track to riches.

For Jordan Spieth, though, this isn't just a dream, it's reality: the Dallas native is on pace to make $50 million on and off the course this year. How has he done it???

Let's start with his on-course performance. Spieth has simply been dominant this year, finishing in the Top 10 in 15 of 24 events played. Most notably, he notched his first major by winning the Masters in record fashion, finishing at -18, which tied Tiger Woods for the lowest score at Augusta. Spieth followed that up by winning the U.S. Open; those wins netted him $1.8 million apiece. 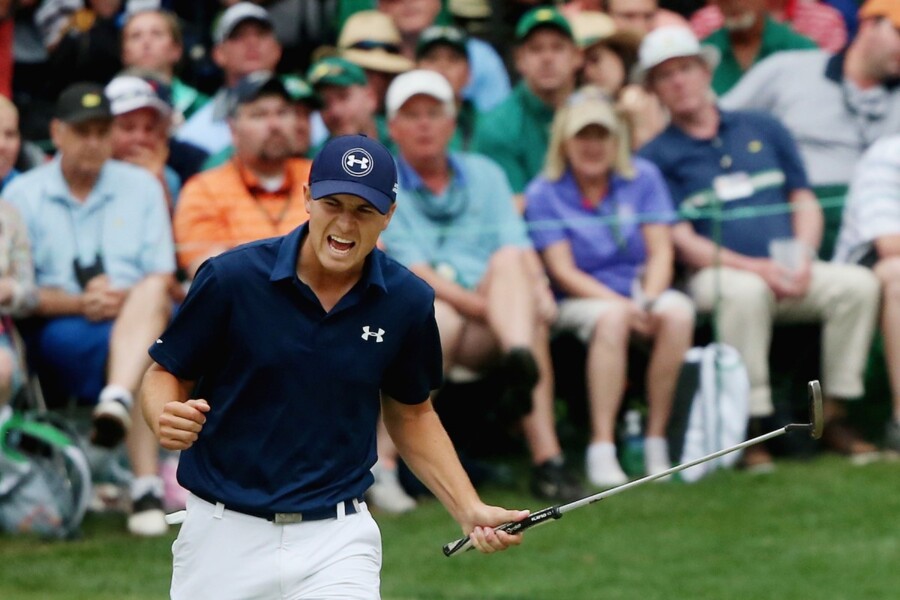 AUGUSTA, GA – APRIL 12: Jordan Spieth of the United States reacts to a par-saving putt on the 16th green during the final round of the 2015 Masters Tournament at Augusta National Golf Club on April 12, 2015 in Augusta, Georgia. (Photo by Andrew Redington/Getty Images)

Turns out as long as you make the cut, professional golf can be a pretty lucrative sport. Spieth's other top ten finishes have ranged from $149,500 (when he finished 10th at the Bridgestone Invitational) to $1.08 million, which he made in finishing second in the PGA Championship.

In total, Spieth has made has made $22 million in prize money this season, thanks to his performance on the golf course. But it's been his off-course endorsements that have taken his earnings to another level, and the biggest one partnered with him as soon as he left the University of Texas and turned pro, back in 2013.

The biggest sponsorship deal is Under Armour; Spieth recently signed an extension with the athletic wear company for another 10 years. Terms of the deal weren't disclosed, and while it's likely not close to the $200 million deal fellow star golfer Rory McIlroy signed with Nike, it's reasonably safe to assume Spieth is earning between $10 to $15 million this year from Under Armour, with plenty of performance incentives written into the contract.

Spieth also has endorsement ties with AT&T and Rolex, and uses Titleist equipment, so he receives some money there, as well.

Besides the companies Spieth partners with, there's one other person who's very happy with how the Texan has played this year: his caddie, Michael Greller. Greller has made about $2.1 million on the golf course this season, which is more than 220 golfers. That includes Phil Mickelson and, yes, Tiger Woods.

If Spieth keeps his strong performance up, his earnings can go as far as a drive off the 18th tee.