Basketball is full of "What Ifs," players who excel in high school or college, but simply never reach their full potential once they enter the pros. Maybe they just can't make the transition to the speed of the game at the next level. Perhaps they were drafted by a team that wasn't the right fit, and never latched onto a roster. Or maybe a few untimely injuries derail what appeared to be a promising career.

One of the greatest "What Ifs?" in the history of the NBA is Anfernee "Penny" Hardaway. He already overcame a lot just to make the league. He grew up in the rough streets of Binghampton, a neighborhood in Memphis, and didn't have a father around during his childhood. He played college ball at Memphis State University (now the University of Memphis), and produced a successful collegiate career, despite sustaining a career-threatening injury when he was shot in the foot during a robbery.

Hardaway was selected by the Golden State Warriors as the third pick of the 1993 NBA Draft. He asked for, and was awarded immediately, a trade to the Orlando Magic, along with three future first-round picks, for Chris Webber. The Magic's initial plan was to pair Webber with Shaquille O'Neal, their first-round pick from the previous year. But Hardaway, who wanted to play with O'Neal, wasn't about to let adversity stop him. He requested a special workout with the Magic, and after dominating a scrimmage with other players already on the roster, Orlando changed their decision and made the Hardaway trade.

As soon as he entered the league, Hardaway made an impact. He won the MVP award at the first ever Schick Rookie Game, and averaged 16 points, 5.4 rebounds and 6.6 assists in leading the Magic to both their first 50-win season and first ever playoff berth. Hardaway was even better the following season, averaging 20.9 points and 7.2 assists as the Magic won 57 games and reached the Finals for the first time in team history. 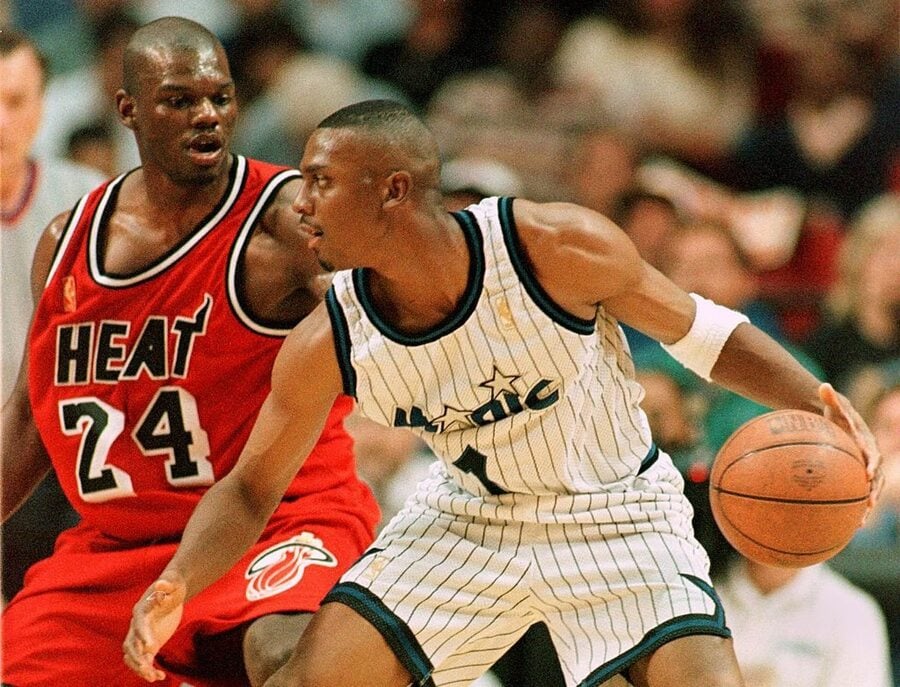 During the 1995-96 season, O'Neal suffered an injury, allowing Hardaway to shine even more. He was voted as a starter to his second straight NBA All-Star Game, his second consecutive All-NBA First Team, and helped the Magic reach 60 wins, still a franchise record to this day. Hardaway was also the only player in the NBA that season to average 20 points and five assists while shooting at least 50 percent from the field. Though the Magic eventually lost to the NBA champion Chicago Bulls, things were looking up for Hardaway. He had increased his scoring and field goal percentage each year he was in the league, and won a gold medal with the U.S. Olympic team that summer.

When O'Neal departed for the Lakers at the start of the 1996-97 season, the Magic officially became Hardaway's team. Unfortunately, this was also the first season where he suffered through injuries, missing 23 games, though he still was voted a starter in the All-Star game and made the All-NBA Third Team.

The following season, Hardaway experienced a brutal knee injury, forcing him to miss 19 games. His numbers dipped during his final two years in Orlando, and in the summer of 1999, he was traded to the Phoenix Suns.

Hardaway still lasted another decade in the league, spending time with the Suns, the New York Knicks, and the Miami Heat, but with four additional knee surgeries, he was never the same player he was his first few years in the league. Over 16 seasons, Hardaway finished with career averages of 15.2 points, 4.5 rebounds, 5.0 assists and 1.6 steals. He also made more than $120 million and was the focal point of a terrific ad campaign where he interacted with "Lil Penny," a puppet version of himself voiced by Chris Rock.

And despite a disappointing end to his career, Hardaway has certainly made the most of his time off the court. He joined the Memphis Grizzlies minority ownership group, a group that includes Peyton Manning and Justin Timberlake. That's not all he owns, either – he's got a barbershop and beauty salon in downtown Memphis, and a turf business in Miami. 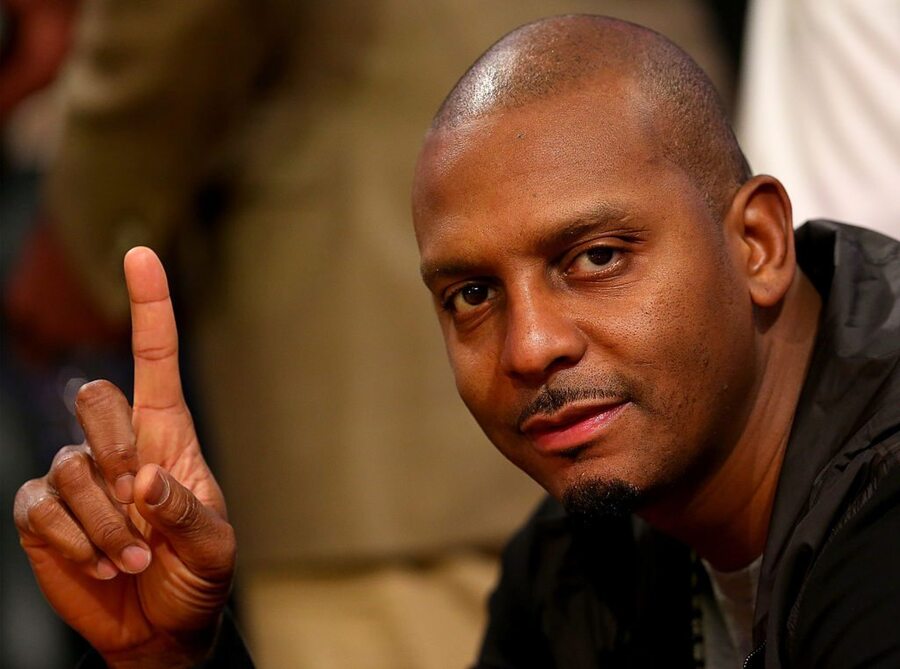 Hardaway has also done plenty of giving back to the Memphis community, which he's done in a number of ways. He helped revitalize the Bluff City Classic, a summer basketball league for high-level men and women players from high school, college and professional ranks. Hardaway also contributed funding to build the University of Memphis Sports Hall of Fame, and his FastBreak Courts Program not only keeps kids off the streets, it provides jobs and an economic boost to Memphis. He's announced plans to find a permanent home for the program, a move that was projected to generate more than $14.5 million in annual visitor spending while supporting nearly 250 jobs.

Perhaps Hardaway's best example of giving back came in 2011, when his friend Desmond Merriweather was recovering from colon cancer and undergoing chemotherapy treatment. Hardaway took over as head coach for Lester Middle School, filling the shoes of Merriweather. Not only did Hardaway lead the Lester Lions to the West Tennessee State title in a thrilling 58-57 victory (giving them a 28-3 finish on the season), he became a father figure to the team, many of whom were living without one.

Hardaway instituted a mandatory tutorial program for his students, and would check in with teachers to make sure students were doing well in class and getting the help they needed. As a result, the team GPA jumped from 2.5 to 2.9. He hosted sleepovers at his Memphis home, teaching players life lessons like doing laundry, folding clothes and tucking in the bed. Merriweather and Hardaway also went to the different gang members of the Binghampton neighborhoods – there were four different gangs vying for position in the area – and told them not to do anything to harm the team's players.

The gang leaders agreed: Everybody wanted to see the Lions succeed, especially Hardaway. His NBA career might not have played out exactly the way he hoped, but he still had an impact on the league, and has used his influence for good since retiring. That's really all you can ask for.