It's been a fantastic year for Patrick Mahomes. The Kansas City Chiefs quarterback won a Super Bowl in February. Then, in July, he signed a record-setting $450 million contract extension, which could be worth up to $503 million. Mahomes capped off the month by becoming a member of the new ownership group of the Kansas City Royals.

It hasn't been reported how much of an investment Mahomes made. However, the franchise was purchased for $1 billion last year, so Mahomes likely had to pay a considerable amount to get involved. Even a 1% ownership stake would cost him about $10 million. Up until this point in his career, Mahomes has only earned a total of $13 million on the field.

Mahomes joins an ownership group led by businessman John Sherman and more than 20 investors with ties to Kansas City, including actor Eric Stonestreet. Although Mahomes's role will be more ambassador than operational, it's still a nice addition to his resume.

Ownership in the Royals isn't the only spending Mahomes has been doing, either. ESPN's Louis Riddick tweeted a picture of a ride the freshly paid quarterback just purchased.

That's a Ferrari 812 Superfast, the newest addition to Mahomes's collection. The ride starts at $338,000 and contains a V-12 engine with 788 horsepower. Mahomes is the son of Pat Mahomes, a former major league pitcher. The elder Mahomes pitched in more than 300 baseball games, primarily as a reliever.

The younger Mahomes was also a baseball prospect in his younger days. The Detroit Tigers drafted him in 2014, though he never played for them. It's fair to say he made the right choice by playing football. But with this latest move, he'll still have an opportunity to make some noise on a baseball field. 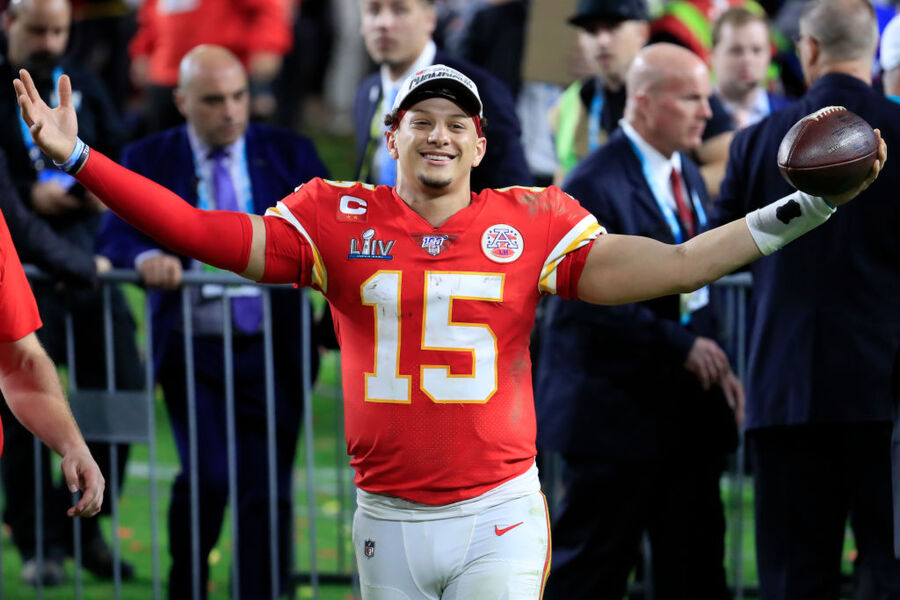 Andy Lyons/Getty Images
Did we make a mistake?
Submit a correction suggestion and help us fix it!
Submit a Correction