In just his second season as a starter, Patrick Mahomes has taken the NFL by storm. Last year, he won the MVP award as he threw for more than 5,000 yards and 50 touchdowns. This season, he's led the Chiefs to their first Super Bowl appearance in 50 years, thanks to a pair of double-digit comeback victories in the playoffs.

This offseason, Mahomes is going to get paid – and then some.

Though Mahomes still has two years left on his rookie deal, he's eligible to receive a contract extension this spring. And all signs point to him getting one worth more than any player before him.

In fact, the Chiefs have been preparing for this since 2017. GM Mike Veach told The Ringer at the beginning of the season that every move the team has made has been with the idea that they'd offer Mahomes an extension as soon as they could. 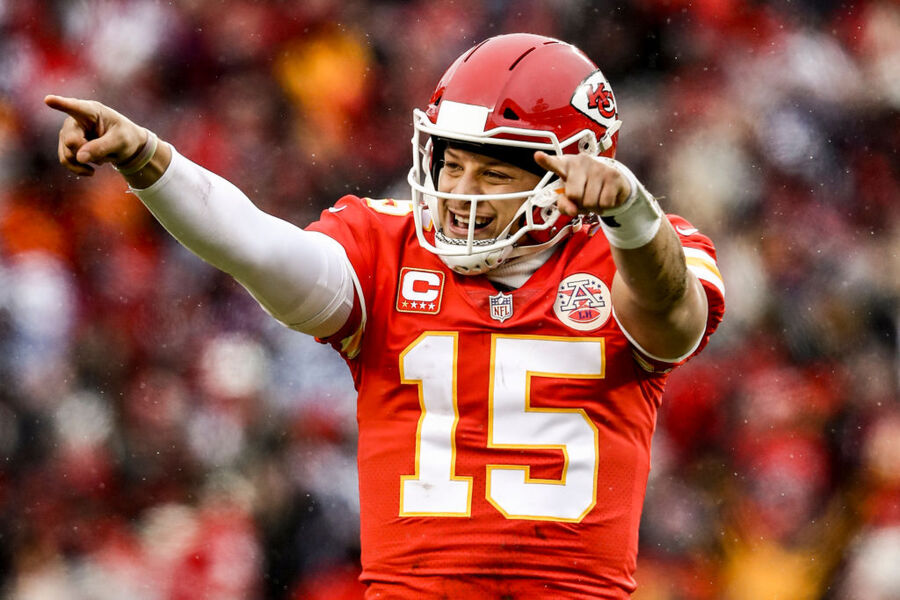 Now, the question becomes how much. It's very likely Mahomes could make a deal worth $200 million or more. We just have to take a look at the competition.

Atlanta's Matt Ryan currently owns the highest contract in the league, both in total value ($150 million) and total money guaranteed ($94.5 million). Russell Wilson's deal is the highest average salary of all quarterbacks, worth $35 million a year.

Looking only at guarantees, Aaron Rodgers received $79.5 million guaranteed in his latest extension with the Packers – more guaranteed money at signing than anyone else. And Kirk Cousins received the highest fully guaranteed contract, signing a three-year, $84 million deal with the Minnesota Vikings.

Mahomes has outplayed every single one of those quarterbacks over the past two seasons. And it's not just comparing their past two seasons. Mahomes has thrown for 9,000 yards and 70 touchdowns in fewer than 40 games, per Football Reference. He's one of just two people to ever do that.

Only Houston's Deshaun Watson has also achieved that, and Mahomes did it in fewer games while posting a better completion percentage and passer rating.

Could he set new records in every salary category? $200 million total, $100 million guaranteed, and $40 million annually? It's not such a far-fetched idea.

Right now, Mahomes's biggest focus is the Super Bowl. But win or lose, he's going to make a ton of money this offseason.