Pat McAfee had a productive eight seasons as punter of the Indianapolis Colts. He made two Pro Bowls, one All-Pro team, and even both completed a pass and ran for a first down on fake punts. He was also on the field for perhaps the worst trick play in NFL history, so that's a fun bonus, too.

Over those eight seasons, McAfee amassed a total of just over $15 million, or nearly $2 million per year. Not a bad haul by any means, though certainly on the lower end of NFL salaries.

Since retiring in 2016 (when he was only 29 years old), McAfee has turned his attention toward broadcasting. He's had stints at Barstool Sports, Fox Sports, ESPN, DAZN, Westwood One, and SiriusXM, and created his own Pat McAfee, Inc. (PMI) brand. 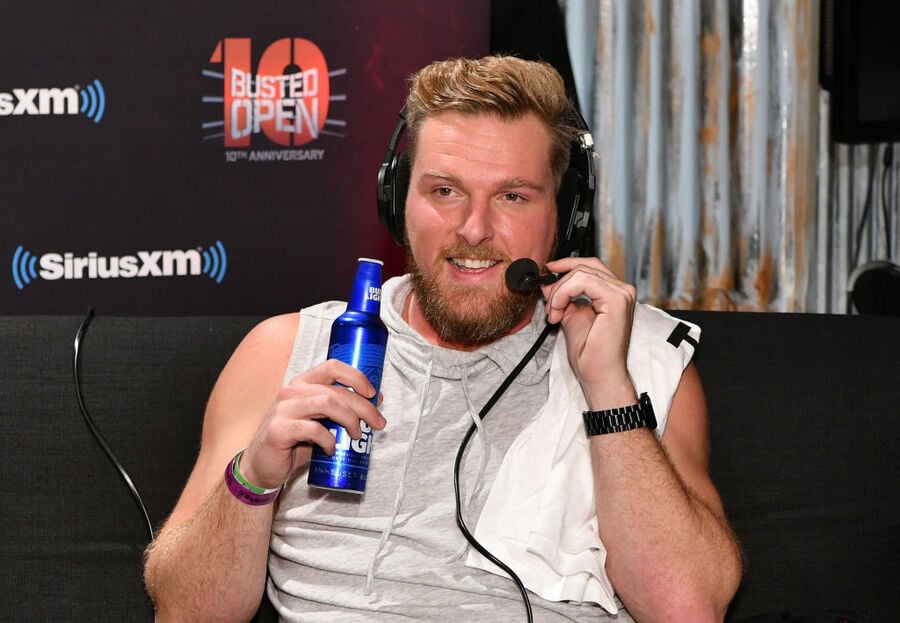 One of those PMI shows, The Pat McAfee Show, just scored a deal that greatly surpasses all of McAfee's career NFL earnings—and then some. The podcast and FanDuel agreed to a four-year deal worth roughly $30 million per year, according to The Athletic's Shams Charania.

That means that for every year over the next four years, McAfee will make double what he made during his entire eight-year NFL career.

The agreement, which is dependent on FanDuel remaining the official sportsbook of the show, also includes an opt-out clause after three years.

McAfee started The Pat McAfee Show in February 2017. The first episode featured Glenn Robinson III, Matt Hasselbeck, and Dan Dakich. McAfee called it a "very, very, very, very, very small" show but helped it grow over the years. And now, with more than 550 episodes under its belt, McAfee is cashing out in a big way.

However, he has no intention of stopping the show or resting on his laurels. The money will be used for even bigger and better things, and it's a testament to the power of podcasting. It likely won't be the last time an athlete scores a major podcast deal, either.

Check out McAfee's announcement of the deal below.