When the Boston Red Sox signed Pablo Sandoval to a five-year, $90 million contract with an option for another year at $17 million (or a $5 million buy-out – hence the guaranteed total of $95 million), they hoped they were getting a third baseman they could count on for years to come. Since his contract is fully guaranteed and his yearly average of $19 million is the highest among third basemen, the Red Sox had every right to expect big things out of him.

As it turns out, the only big thing they have gotten out of Sandoval is Sandoval. The Kung-Fu Panda, as Sandoval is known, reported to spring training last season as hefty as ever, but the team wasn't worried. They knew he was bigger than the average player when they signed him, but believed he could perform well anyway.

It didn't help his popularity any when he was busted liking women's photos on Instagram during a game. There's always next season, right? 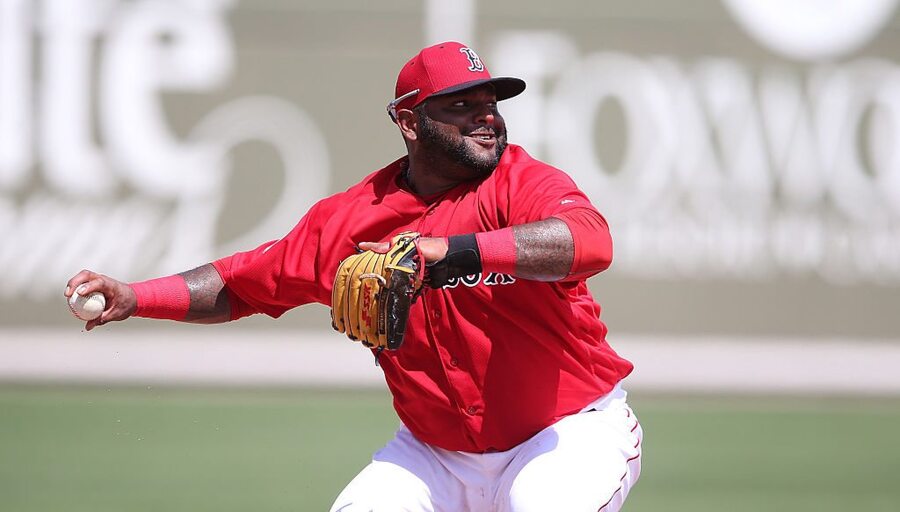 Next season is upon us, and the Red Sox have benched Sandoval and his hefty contract for a rookie, Travis Shaw, who they are paying barely over $500,000.

Had he improved since last season, they could have made an argument for keeping him in the lineup. However, during the month of March, he hit just .244 and had four errors in 16 games. He actually had to sit out a few games after injuring his back while diving to make a catch.

It certainly didn't help his case when he reported to training camp looking heavier than ever.

You might think the decision to bench Sandoval would be hard, but it probably wasn't. A team wants its high-priced talent on the field, but they want to win even more. If that means sitting an under-performing veteran for a youngster that is playing well, the decision is simple. Shaw hit well in place of Sandoval last season and had a good spring. He deserves the job.

"It's the right decision to help the team win," Sandoval told reporters when asked about being benched for Shaw. "It's going to be difficult, but I have to be happy. [Shaw] has had a fantastic spring. I'll just focus on working hard."

Red Sox fans are going to have to hope Sandoval can get his act together. No one will trade for an out of shape, under-performing player with $70 million guaranteed over the next four seasons. Since his contract is guaranteed, they can't release him (because they'll still have to pay him).

So for the time being, they are going to have to do what's best for the team – bench him, and hope that he gets his act together soon. Either that, or hope that there is a team dumb enough to trade for him and his contract.