P.J. Fleck Has Led Minnesota To An 8-0 Start – And He Just Got A Huge Raise

The Minnesota Golden Gophers are off to an undefeated start through eight games. The 8-0 record propelled them to No. 13 in the AP poll, the team's highest ranking since 2004. As head coach, P.J. Fleck has helped put the school back on the map. And he just got rewarded for it.

Ahead of a matchup with James Franklin and No. 4 Penn State, Fleck and Minnesota agreed to a seven-year, $33.25 million deal. It's the largest amount of money the university has ever paid to a coach.

Fleck's deal gives raises to his 10 assistant coaches, too. The university will raise the salary pool for his assistants by $1.05 million next year. In 2021, they'll add another $200,000.

Minnesota also added a provision to help protect itself. Should Fleck leave next season, he has to repay the university $10 million. That number decreases to $4.5 million in 2021 and $3 million in 2022. 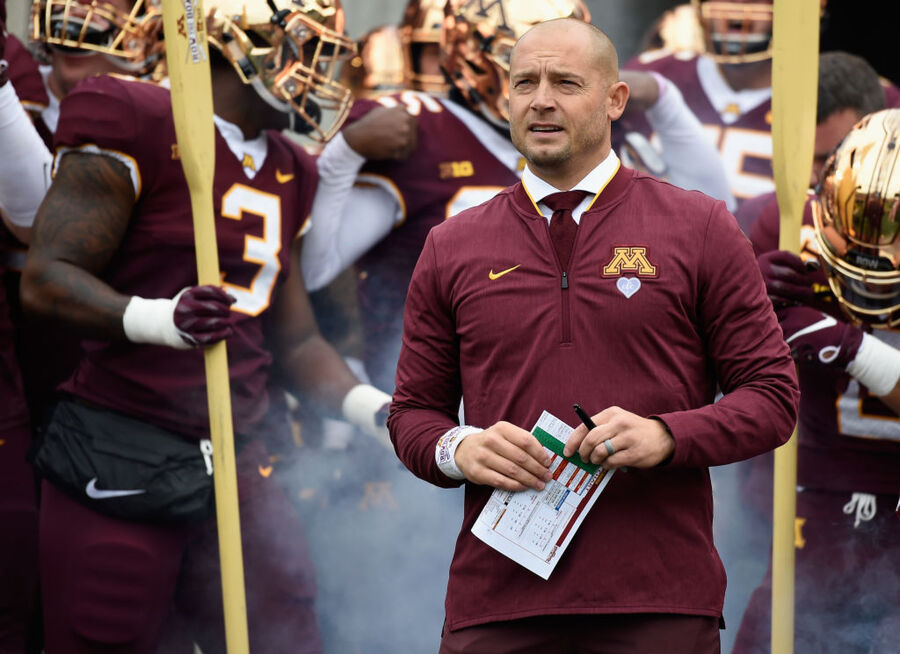 Though the university has said otherwise, the timing of this move suggests Minnesota wanted to proactively lock up Fleck for the long-term. The 38-year-old coach was a potential candidate for the Florida State vacancy after the Seminoles fired Willie Taggart earlier this month.

Fleck is in his third season with the Golden Gophers and has received a new contract each year. He signed a five-year, $18 million deal in 2017, leaving Western Michigan to do so. Minnesota has given him one-year extensions the previous two seasons.

Now, he's onboard for the long haul, and the Golden Gophers are protected just in case he heads elsewhere.

Even if Minnesota doesn't win another game, they've already surpassed their win total in both 2017 and 2018. But Fleck and his squad have their sights set on larger goals: a Big Ten championship and a shot at the College Football Playoff.

If Fleck can deliver on that, he'll be worth every penny.