Victor Oladipo Should Be Making $30 Million Next Season. Instead He Just Signed A $2.4 Million Veteran Minimum Deal

One of the major stories of the NBA offseason was the saga of Dennis Schroeder. The guard reportedly turned down a four-year contract extension from the Los Angeles Lakers worth $80 to $84 million. He believed he could find a better deal in free agency. Unfortunately that offer never came. Schroeder eventually settled for $5.9 million on a one-year deal from the Boston Celtics.

That's certainly some humble pie, but another guard may have missed out on even more money.

Victor Oladipo, the second pick of the 2013 NBA Draft, seemed to be poised to take the next step in his career. He had helped the Indiana Pacers become a competitive team, going toe-to-toe with the LeBron James-led Cleveland Cavaliers.

But, as has been the case for large portions of his career, the injury bug hit Oladipo. He never truly returned to his pre-injury form, yet he still believed he could. And so, he bet on himself. 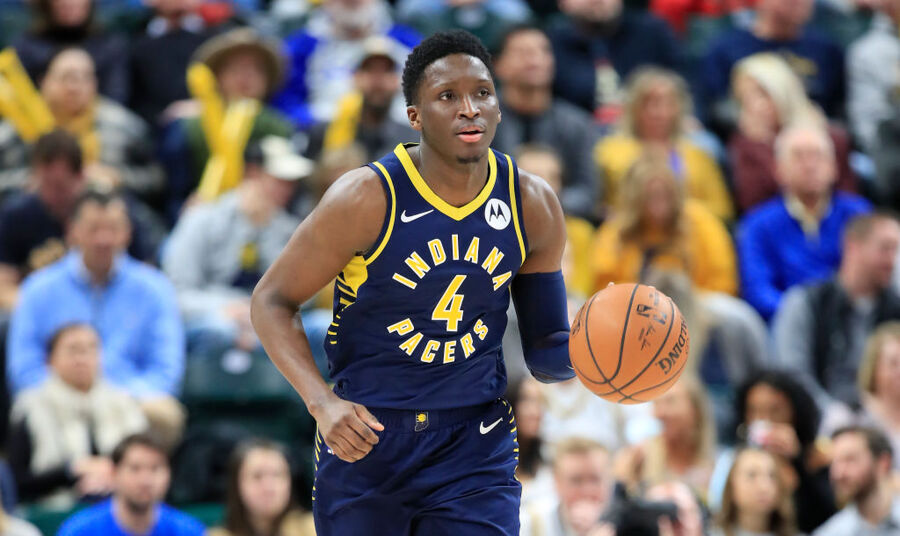 Oladipo reportedly turned down a four-year, $112 million extension from the Indiana Pacers. He didn't think the team was a contender and wanted to play for someone with a better shot of winning the championship. The Pacers started shopping him around and eventually sent him to the Houston Rockets in the James Harden trade.

In Houston, Oladipo played fairly well, besting his career averages in points, rebounds, and assists. The Rockets weren't the title contender they had been just a couple of years earlier, though they still wanted to keep Oladipo for the long-term. They offered him a two-year, $45.2 million deal, which was the most they could offer at the time under the league's collective bargaining agreement.

Oladipo turned that deal down, too.

After 20 games, the Rockets sent Oladipo to the Miami Heat in another trade. But thanks to injuries, Oladipo played in only four games for the Heat. And despite reaching the NBA Finals in 2020, the Heat got swept in the first round by the Milwaukee Bucks the following postseason.

As the offseason began, Oladipo hoped to score a lucrative multi-season contract. However, the free-agent market eventually dried up as he watched other players score big money, either via free agency or sign-and-trade deals.

No one came calling for Oladipo, though. His lone offer came from the Miami Heat — the veteran's minimum worth $2.4 million. Had he signed that $110 million Pacers contract, he would be making nearly $30 million per year.

I wouldn't feel toooo bad for Victor just yet. Even with these contract snafus, he has already earned around $105 million from salary alone during his time in the NBA.

But clearly this season will be the ultimate "prove it" year for Oladipo. He's only 28 years old; if he can return to form, he may yet get a bigger deal next season. But if injuries still continue to dog him, it's going to be mighty hard to stomach what he gave up.