Something kind of crazy is happening in the NBA world today, and for once it has nothing to do with LeBron James, Kawhi Leonard or Steph Curry. Today's crazy situation involves Indiana Pacer Paul George. All the craziness revolves around a simple decision. A simple decision that will be voted on today by a few hundred sports reporters around the country. This simple decision will either make today the best or the worst day ever for Mr. George.

Long story short, if Paul George is named to an All-NBA team today (as voted on by 130 sports reporters around the country), he will automatically be eligible for the "designated player exception super-max contract of five years @ $210 million aka $42 million per year. If he does not make an All-NBA team and he wants to stay in Indiana, the best contract he can get is a five-year $180 million deal, aka $36 million per year. If he doesn't mind moving to a new team and accepting a shorter deal, he will be eligible for a $133 million four-year deal, aka $33 million per year. 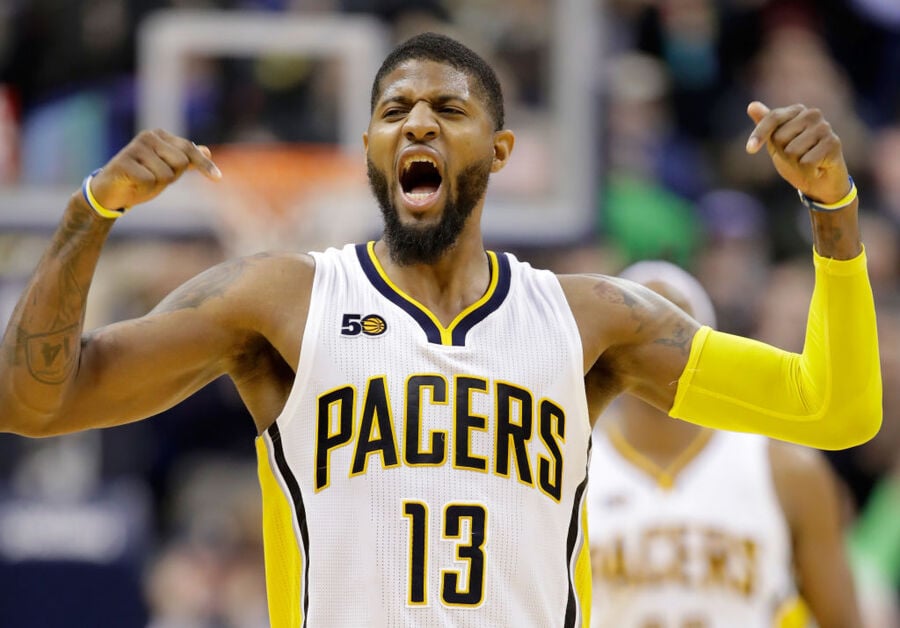 He doesn't even have to make the first team All-NBA. He can make first, second or third All-NBA team and the contract kicks in.

On the bright side if he does not make an All-NBA team, it will be easier for Paul to potentially move back to Southern California where he grew up. There have been persistent rumors that he has been wanting to join the Lakers. But not if that super-max contract kicks in! It will be Indiana for life if that happens!

And btw, if this scenario sounds familiar, it's because the same exact thing happened to Anthony Davis last year. Anthony Davis was eligible for a contract boost from $120 million to $145 million if he made an All-NBA team. Unfortunately, the votes did not come in for Anthony and he had to settle for $120 million. Poor guy.

Update! The votes have been counted and unfortunately Paul George did not make any of the All-NBA teams. He therefore will not qualify for the supermax $220 million five-year contract. Now he'll have to choose between a 5-year $180 million deal with Indiana or a 4-year $130 million deal as a free agent. Sorry not sorry, Paul.