With One Shot, Victor Oladipo Cost Vegas Millions Of Dollars

When the Thunder traded Victor Oladipo to the Pacers for Paul George this summer, it looked like Oklahoma City made out like bandits. But Oladipo had his best season yet as a pro, posting career highs in points (23.1), rebounds (5.2), and assists (4.3).

Despite all his made shots, one will ring a little louder than the rest – at least in Vegas.

As Game 7 of the Pacers series with the Cavaliers wound down, Oladipo dribbled up the court and launched a three-pointer. It went in just before the buzzer, giving the Cavaliers a 105-101 victory.

Most sportsbooks had the Cavaliers at or around 5-point favorites. By making that three-pointer, Oladipo cut the lead from seven to four. In other words, the Pacers covered the spread. 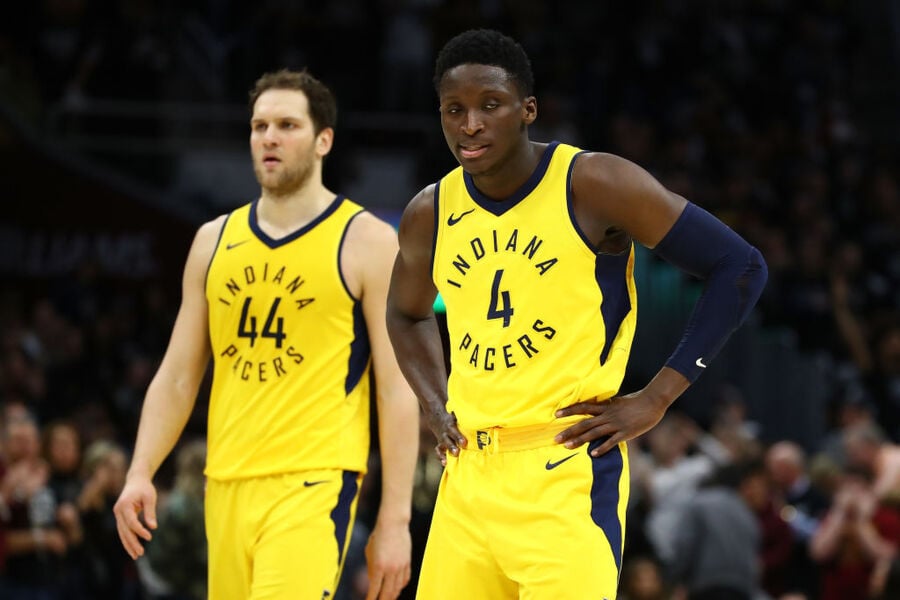 Head of race and sportsbook for the Wynn in Las Vegas Johnny Avello estimated the basket resulted in a swing of $3 million to $5 million. William Hill's Nevada sportsbook saw 70 percent of bettors ultimately cover thanks to Oladipo's last-second bucket.

Avello told ESPN this type of thing happens about five times a week across sports. When it's the playoffs, though, all games are televised. Sportsbooks got to witness Oladipo essentially taking money from their pockets with one shot.

Though the Pacers' surprising season came to a disappointing end, perhaps Oladipo can take solace in the fact that he likely made a lot of fans very happy.