Late Buffalo Bills Owner Gave Away $1.4 Billion… But Left No Instructions On How To Spend It

When Bills owner Ralph Wilson passed away last year, he surprised a few people after his estate announced how the majority of the $1.4 billion from selling his team (including investment income) would be spent. Wilson requested two separate trust funds be started, one intended to benefit Buffalo, and the other to improve Detroit. The money would go to successful, non-profit causes in the two cities, though Wilson intentionally provided zero direction for that spending.

Most of us would be overwhelmed if asked to buy whatever we wanted with a $50 gift card at the local mall, so it really is asking quite a bit of Wilson's four trustees to spend more than a billion dollars with no guidelines. But the group of trustees, which includes Wilson's wife Mary, knows Ralph put his trust in them for a reason; he believes they'll uphold his values, which he built over a very philanthropic lifetime.

Over the next 20 years, Wilson's money will go to colleges, hospitals, medical research, recreational programs, caregivers, former players' foundations, national clinics and other non-profit causes, primarily in Buffalo and Detroit.

Along with Mary Wilson, the other trustees Wilson appointed include Mary M. Owen, his niece and a former team executive, Jeffrey C. Littman, former Bills Treasurer and Chief Financial Officer, and Eugene Driker, a longtime Wilson associate and Detroit attorney. 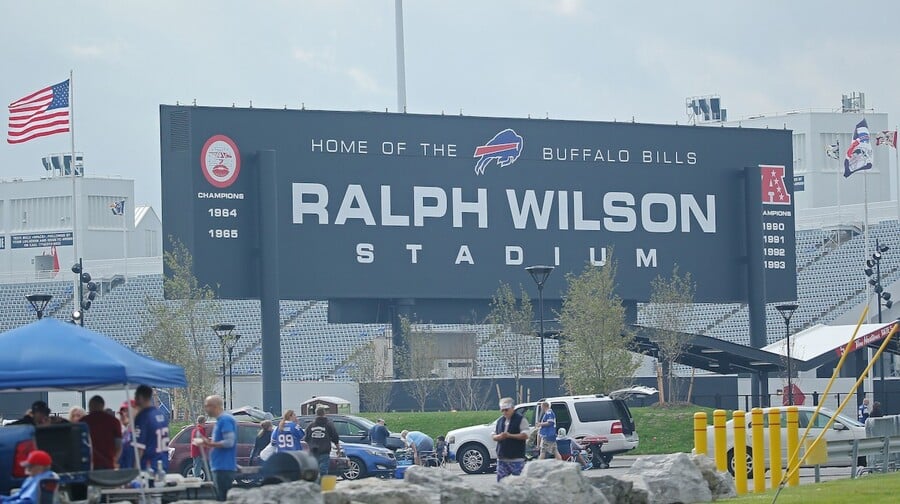 The trustees aren't entirely sure how they'll allocate the money, but they're going to use Wilson's consistent giving lifestyle and the group's mission statement as a guideline: "The Ralph C. Wilson Jr. Foundation will operate as a grant-making organization dedicated primarily to sustained investment in the quality of life of the people of Western New York and Southeastern Michigan."

But Mary Wilson says the organization will focus on well-established, rather than start-up organizations. Even though $1.4 billion is a lot of money, the group wants to make sure it's going to a good cause, and they reason that organizations that are already successful are more likely to continue that success.

Wherever that money does end up going, it isn't likely to fund a new stadium for the Bills. She wants to ensure the money goes to better people's lives – apparently, attending Bills games may only make them worse.

Wilson will leave another lasting memory: there are plans to erect a life-size statue outside of Ralph C. Wilson Stadium. The statue will feature Ralph with a hand extended. Just as he did when he was alive, he wants to shake as many hands and touch as many lives as possible beyond his living years. It's hard not to feel good about that.