How One Man Saved The NFL By Oversleeping

There have been a number of close calls throughout sports history. Think of how if one play, one decision, one moment was slightly changed, everything might be different. What if Ray Allen didn't make that three in Game 6 of the 2013 NBA Finals? What if Alex Gordon tried for an inside-the-park home run to tie Game 7 of last year's World Series? What if the Seahawks ran the ball from the one-yard line instead of trying to pass it?

We can always debate the great what ifs throughout sports, but there's one tragedy that happened a century ago, which quite possibly could have changed the entire sports landscape as we know it. It's the story of how the NFL was created, thanks in part to a man oversleeping. 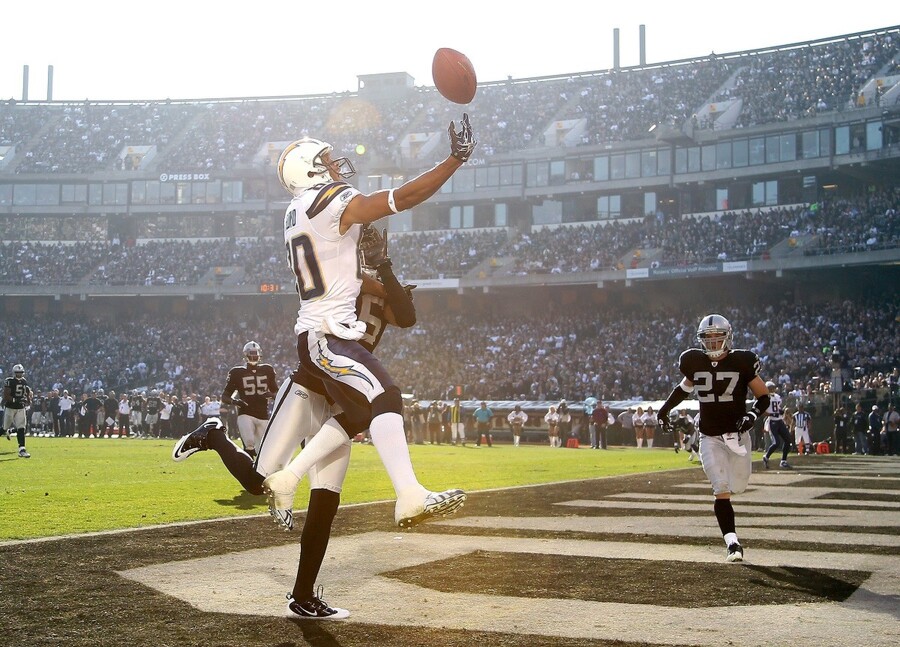 This year marks the 100th anniversary of the SS Eastland Disaster. Along with four other ships, the SS Eastland was a passenger vessel that was primarily used for tours. On the morning of July 24, 1915, the ships were taking employees from Western Electric Company's Hawthorne Works in Cicero, Illinois to a picnic in Michigan City, Indiana. Since a lot of the workers were unable to afford vacations or take time off, this was a very big event in their lives.

Unfortunately, the SS Eastland was not the most structurally-sound vessel. Because of the Titanic disaster three years earlier, vessels were retrofitted to include additional lifeboats, should another sinking occur. This added even more weight to the Eastland, and made it quite top heavy. Docked in the Chicago River, the ship reached its capacity of 2,572 people. It started listing towards the port side, away from the wharf, and within 20 minutes, it had completely tipped over onto its side, coming to rest at the bottom of the river. Though the water was only 20 feet deep, a number of passengers had already situated themselves below deck, and were trapped inside, or crushed by heavy items. In total, 844 passengers and four crew members died – the biggest maritime tragedy that's ever happened on the Great Lakes.

One of the people who had a ticket for that boat? George Halas, who is most known for being the owner of the Chicago Bears, and a co-founder of the NFL in 1922. He also played for the team (which went through iterations as the Hammond All-Stars and the Decatur Staleys) from 1919 until 1929, and served as coach of the team from 1920 until 1967, only taking a few years off during those years.

There are a number of differing reports as to why Halas missed the boat that day. Some suggest that Halas's brother Frank was helping George get in shape to play football at the University of Illinois and wanted to weigh him before he left. Another theory is that he was attending the picnic to play in the company softball game, and since the game was scheduled for later in the afternoon, he was going to take another boat that wasn't leaving so early.

The final theory comes from Charles Brizzolara, the son of Halas' longtime business partner Ralph Brizzolara, who suggests that Halas simply overslept. It's interesting to think an alarm clock (or lack thereof) may have saved Halas' life.

In fact, Halas was listed among the casualties for the ship in the newspaper. When two of his fraternity brothers showed up at his house to offer their condolences, Halas shocked them by opening the door himself. The close call offered him a new outlook on life, and in 1920, he took a position with the A.E. Staley Company, a starch manufacturer. The company sponsored a football team, and Halas represented the Staleys at a meeting of the American Professional Football Association in Canton, Ohio. Despite one successful season on the field, a poor financial situation resulted in Halas getting full control of the team, which he moved to Chicago, despite the city already having a franchise there.

The APFA became the NFL in 1922, and Halas was instrumental in driving its increasing level of popularity. In 1925, he convinced Illinois star player Red Grange to join the Bears. Previously, the NFL had been seen as a place where less talented and desired players went to compete. In the late 1930s, Halas and Clark Shaughnessy modernized the T-formation system, which was at its peak in the Bears' 73-0 drubbing of the Washington Redskins in the 1940 NFL Championship Game – still the largest margin of victory in league history. Halas brought Hugh "Shorty" Ray into the NFL as a technical adviser. Ray, who had previously served as a Big Ten official, helped quicken the pace of the game, made the rulebook more compact and organized, and generally improved things for the offense in the NFL.

Halas also served in the Navy in both World Wars. After returning from World War II, he helped create an annual football game between the Army, Navy and Air Force, with the Bears serving as hosts. The game ran from 1946-1957, and raised more than two million dollars (about $24.2 million today) for relief agencies of the armed forces.

Other notable things Halas brought to Bears games – and by extension, the NFL – include daily practice sessions, analyzing film of opponents, putting assistant coaches in the press box during games, placing a tarp on the field to protect it from rain, publishing a club newspaper, and broadcasting games by radio. Additionally, he offered to share the team's television income with teams in smaller cities, as he felt that whatever was good for the league would also be helpful for the Bears. In his 40-year coaching career, Halas only had six losing seasons, and he won six championships and 324 games, an NFL record for nearly thirty years, and by far still a Bears franchise record. Halas was a charter member of the Pro Football Hall of Fame in 1963. Today, Halas' heirs have a net worth of $1.3 billion.

It's interesting to think how the league would be different, or if it would even exist at all, if Halas had stepped aboard the SS Eastland that fateful morning of July 24, 1915. And perhaps even more incredible is that he very likely boarded the same boat years later!

After the ship was raised, it was turned into a gunboat and renamed the USS Wilmette by the Illinois Naval Reserve. It was then used as a training vessel at Great Lakes Naval Station, a place where Halas served during World War I. There's a great chance he spent at least some of his time on the USS Wilmette.

Whether he knew he was riding the same ship from the tragedy, Halas was absolutely a pioneer in the game of football, and provides a great example of how to make the most of an opportunity.