More athletes than ever are bypassing traditional media to share messages with fans. The ability to pen a heartfelt note that can be consumed on a large-scale basis is something to take advantage of, like Kobe Bryant did recently, announcing his retirement via Derek Jeter's The Players' Tribune. We're seeing it with several high-profile athletes, across a number of different sports.

Of course, one of those high-profile guys is LeBron James. He announced his return to Cleveland in an open letter to Sports Illustrated. Soon after that, he decided he wanted to create a platform for athletes to speak their minds without interruption, just as he did in the SI piece.

Along with business partner Maverick Carter, James founded Uninterrupted, a space for short videos that gives athletes an opportunity to share candid moments with fans and other influencers. The hub lives on Turner Sports' Bleacher Report website, and now Warner Bros. and Turner Sports have invested a total of $15.8 million to help the platform grow. The goal is to allow more athletes to create content via web, mobile and social.

A few big names have already joined James on the platform, including Ronda Rousey, Serena Williams and Rob Gronkowski, who recently took to Uninterrupted to speak about the media's handling of the Deflategate controversy.

This isn't James' and Carter's first deal with Warner Bros., either. The duo's SpringHill Entertainment has partnered with Warner Bros. on a few different projects, like Victor Cruz's I Am Giant documentary and the Disney XD series Becoming. Warner Bros. likes working with James, because it gives them an audience that isn't always easy to reach: young men.

The fact that LeBron has such a huge social media presence certainly doesn't hurt, either. He has 25.6 million followers on Twitter alone, and 63 million across all of his social platforms, which is leaps and bounds beyond any other professional athlete.

But that doesn't mean James and Carter will let just anyone onto their network. Carter has even said the two will be selective in who they allow, with an emphasis on athletes who can be insightful, authentic, and can speak intelligently. The site will continue to focus on first-person video from athletes, though with this new funding, it'll branch out into new territory, as well. 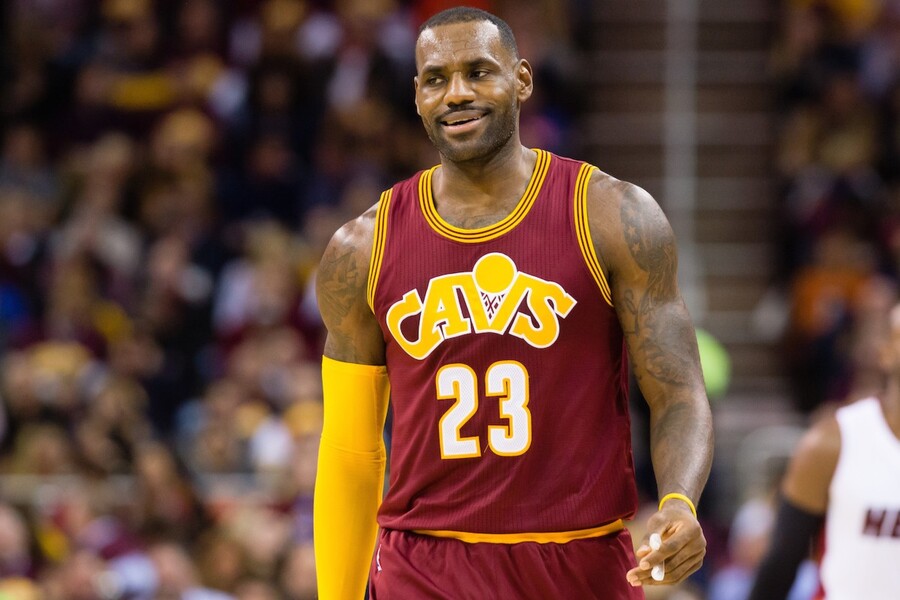 Other new projects you'll see on the site in the near future include Dear Football: The 2015 Elite 11 Story, a documentary series that features some of the nation's top high school quarterback; 5th Quarter Club, an interview series where Steve Nash will interview other retired greats (if you've never seen him in an interview, he's QUITE fantastic); and The Gronks, an animated comedy series about the life of everyone's favorite party animal tight end. According to Gronk himself, he describes the show as being similar to Family Guy. For Gronkowski and the other athletes getting involved, this is a chance to not only share a message, but to help their brand following grow. And who better than LeBron to assist in a little brand development?

This month, you can tune into Striving for Greatness, a five-episode series shot entirely in virtual reality with Oculus. It airs on Uniterrupted's Facebook page, utilizing the platform's 360-degree functionality, and showcases LeBron preparing for his 13th season in the NBA. In addition to the channel's actual page and social networks, content will be distributed via Verizon's go90 network and Fuisz Media, which will create, manage and distribute interactive campaigns with an aim to reach people on whatever platform they utilize.

It still remains to be seen how Uninterrupted will fare, but with this new funding, LeBron and Carter can work toward some of their goals. It's a further blurring of the lines between sports and entertainment, and it's yet another venture to set LeBron up nicely after his playing days are done.