You may not have heard the name Shohei Otani, but the Japanese pitcher is one of the top prospects to come out of Japan – maybe even the best ever. He can hit 102 MPH on the radar and is also a beast at the plate, easily knocking home runs out of the park for his team, the Hokkaido Nippon Ham Fighters.

In fact, Otani has been referred to as the "Japanese Babe Ruth." Which is why it's even more shocking that he's willing to give up the opportunity to make $200 million – his projected free agent value – to come play in the major leagues.

Here's the problem: Otani is only 23 years old. MLB has a rule that any international player under 25 can only sign for about $10 million, though he'll likely sign for far less than that if he starts with a minor league contract. Otani's projected free agent value is around $200 million.

Unpacking this rule further, teams have a hard-capped amount between $4.75 million and $5.75 million to spend from July 2 until June of 2018. A team can trade for up to 75 percent of this bonus money, so there are eight teams could spend up to $10.1 million total. 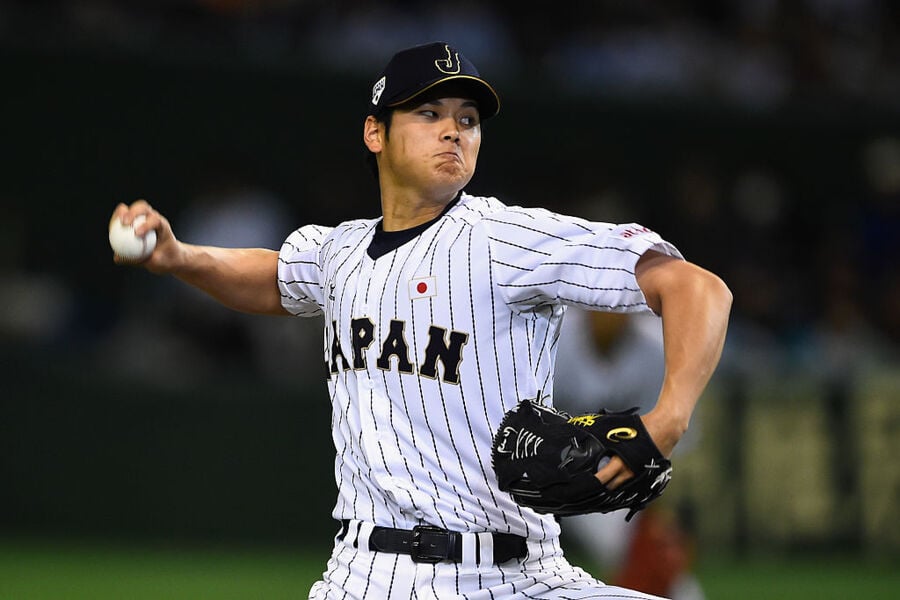 However, three of those teams (and 11 in total) can only spend up to $300,000 thanks to penalties from going over the limit of previous pools. Teams with this $300,000 limit include the Los Angeles Dodgers, Chicago Cubs, and Houston Astros.

Otani nearly signed with the Dodgers coming out of high school, and the Cubs and Astros would love to have an incredible pitcher at a huge discount. They may be losing key pieces this offseason; landing Otani would help limit the damage done.

For Otani to come to the U.S., Nippon Professional Baseball and the MLB need to work out a posting system. The posting fee can't exceed $20 million, which is paid to the Japanese team. Otani would then have a window of time to choose his new team and enter that team's minor league system.

Otani would likely sign for the minimum of $545,000. And because he's signing a minor league deal, he'd earn that minimum for three years and would be under contract for another three years before entering free agency. He'd be 29 years old before he could really sign his first big deal.

Of course, it's possible a team will try to work around the rules to offer additional money to either Otani or his club. But as it stands right now, Otari is potentially leaving hundreds of millions of dollars on the table by not waiting a couple of years to jump over to the big leagues.

Maybe it really isn't about money for some athletes.