18 Years Ago, John Elway Almost Bought 20% Of The Broncos. He Didn't, And That Was A HUGE Mistake.

If you had nine months to make a decision, you would say that's enough time to sufficiently weigh the pros and cons, right? And then, when it was time to finally decide, you'd make the correct choice, based on your long deliberation.

For John Elway, sometimes what seems like a great decision at the time turns out to be terrible in retrospect. Here's the sad tale of Elway missing out on a $36 million investment that would be worth A WHOLE LOT of money today. 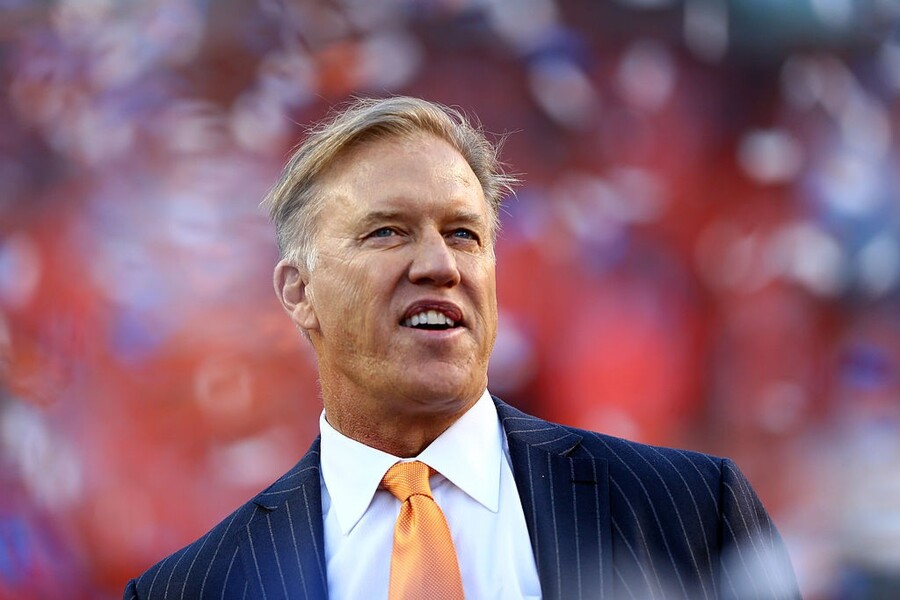 Back before the 1998 season, Elway was offered a 10 percent stake in the Denver Broncos by owner Pat Bowlen. That stake would cost $15 million. Bowlen also offered to throw in another 10 percent of the franchise, on one condition: Elway would have to defer the salary he was owed, about $21 million, and become a personal assistant to Bowlen, which would lead to a Chief Operating Officer position.

That already doesn't seem like a terrible deal: 20 percent ownership of an NFL franchise for $36 million. But Bowlen sweetened the deal even further. If Elway was unsatisfied with his purchase, he could sell back his stake two to five years later for $5 million more than the original purchase price, plus eight percent interest per year. In essence, the Broncos would be handing Elway money.

But wait, there's more: Elway would have a right of first refusal to buy an additional stake in the team if Bowlen sold to an outside investor. That means he could control exactly how much he owned. Not a bad opportunity, especially with the rarity of NFL franchises actually being sold.

Even though NFL salaries weren't as high back then as they are now, Elway still could have easily made the deal. Just a year earlier, he sold his car dealerships for $82.5 million. It was the largest off-the-field business deal an NFL player had ever made.

Elway had nine months to noodle on the offer. In January, he led the Broncos to their second straight Super Bowl. In May, he retired after 16 seasons in the league. The deal expired in June, and Elway never signed the offer sheet. And as of today, he's never received another offer like it.

The former quarterback is still a paid employee of the team, serving as General Manager and Executive Vice President of Football Operations, but he's not making nearly as much as if he was a part owner. Denver is back in the Super Bowl, and Forbes recently valued them at $1.94 billion. Elway's 20 percent stake would be worth $388 million. Even adjusted for inflation, that would be a 646 percent return on his investment.

As it turns out, only half of the deal may have been legal. Edgar Kaiser, who sold the team to Bowlen back in 1984, sued the Broncos in 2004, alleging any further selling of the team had to be offered to him before it was offered to anyone else. Elway testified back then that he didn't make the deal because he didn't see a place for himself as an executive for the team. Still, Elway could have purchased 10 percent of the franchise.

Unfortunately, he spent that $15 million in a far less lucrative way. Along with his car business partner, he invested exactly $15 million in what turned out to be a $150 Ponzi scheme. The pair withdrew just $6 million of their initial investment.

That's not the only bad investment Elway has made, either. In January of 1998, Elway and former Denver head coach Mike Shanahan invested in Laundromax, a company that basically wanted to do for laundry what Blockbuster did for videos. As you can probably guess by the extinction of Blockbuster, Laundromax didn't make it.

In 1999, Elway invested more than a million dollars in MVP.com, which was an online sports e-commerce site. He also became the company's co-chairman. Right around the time Quepasa had its meteoric collapse, MVP.com also shut down, taking Elway's investment with it.

Finally, Elway, perhaps trying to make up for passing on the Broncos' lucrative deal, founded the Colorado Crush of the Arena Football League, along with Bowlen and Rams owner Stan Kroenke. Six years after the Crush were established, the entire league folded.

With Bowlen's increasing health problems, it's likely Elway will, in fact, get a second chance at owning a piece of the Denver Broncos in the near future. But you know it won't be nearly as sweet as the deal he passed up nearly twenty years ago.