One Day After LeBron Signed A New Deal, Anthony Davis Agrees To A Max Contract

Looks like the Los Angeles Lakers will be among the title favorites for the next few years. Just one day after the team and LeBron James agreed to a two-year, $85 million deal, the reigning champs announced they're signing Anthony Davis to a maximum contract.

According to ESPN's Adrian Wojnarowski, Davis and the Lakers are finalizing a five-year, $190 million deal. The contract also includes an early termination option before the fifth year.

It's crazy to think a $190 million contract could be a "bargain," but it might play out that way. Davis turned 27 this year and could have reasonably signed a similar deal to James, who will become a free agent in the 2022 offseason. 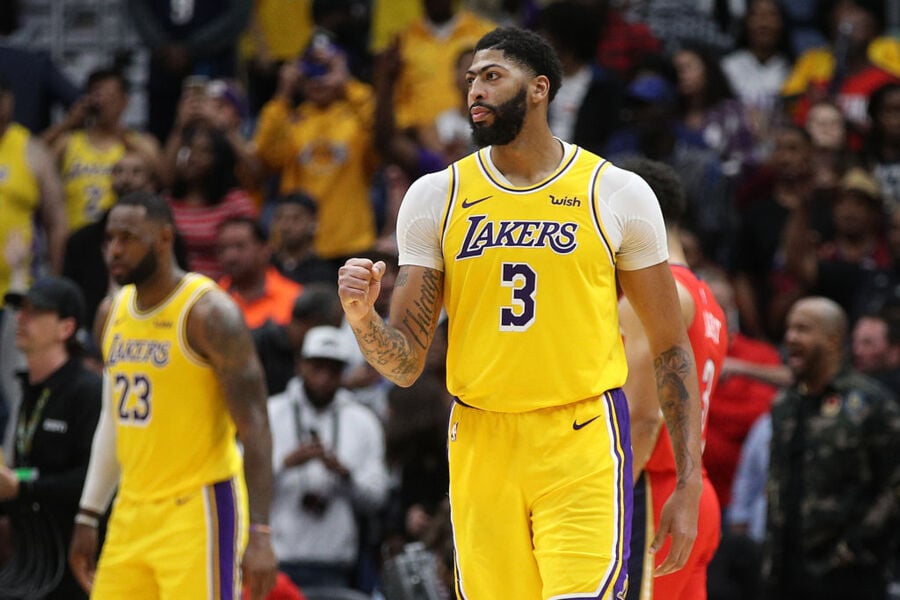 Had he done a two-year deal, Davis could have re-signed with a starting salary of more than $40.5 million for the 2022-23 season. He'll make just under $38 million that season in this five-year deal. That's still plenty of money, but Davis is likely leaving an additional $10 to $15 million on the table from 2022 to 2025. There's also no guarantee he'll find a max deal when this contract is up. By then, he'll be 32 years old. If his productivity drops a fair amount, he may not receive as extravagant of an offer.

Here's a look at how much Davis will make in each season:

The Lakers also gave themselves a bit of a cushion, too. Having Davis around for the long haul could help James or other free agents sign in the next couple of years.

Now, Davis will work on bringing more titles to L.A. — and adding to his legacy in the process.