Just about a year ago, the NCAA announced that college players could sign Name, Image, and Likeness (NIL) deals to make money off their personal brands. Before this change, players couldn't earn any kind of salary or sign endorsement deals, even though they were earning their colleges and universities up to millions of dollars every year. But now that players can earn money, they're taking advantage of it in major ways.

According to NIL platform Opendorse, brands spent an estimated $917 million on NIL deals between July 1, 2021, and June 30, 2022. And the second year of NIL deals should be even more lucrative for players, with an estimated $1.14 billion expected to be spent.

One player has proven to be "King of NIL," earning that moniker at the NIL Summit in June. Is it a quarterback or point guard? Someone from a regular collegiate football powerhouse like Alabama or Clemson, or a basketball blue blood like Kansas or North Carolina? Arch Manning, the nephew of Peyton and Eli? 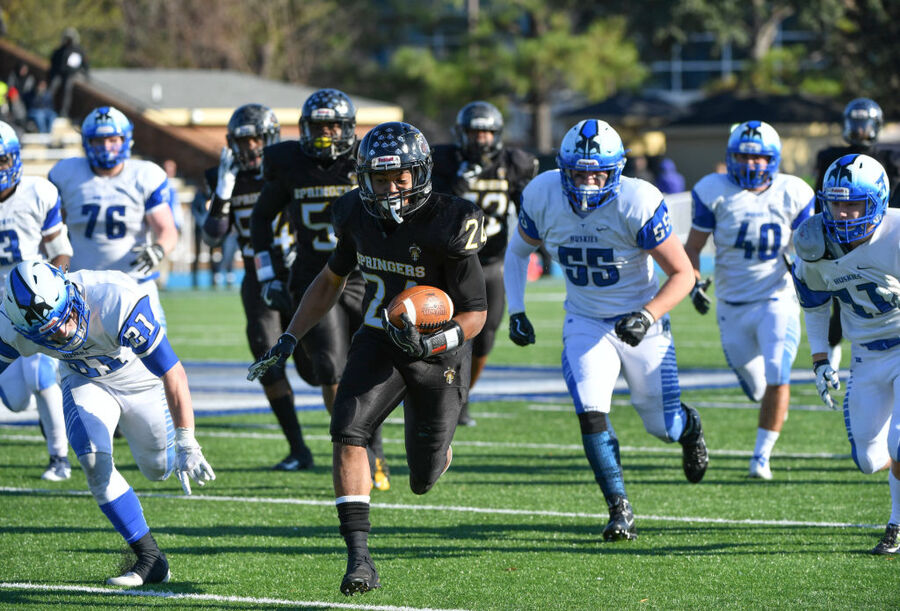 Nope — it's Rayquan Smith, a running back from Norfolk State, a small, historically Black university in Virginia. Smith has only played in 11 collegiate games — and is switching to track and field for the 2022 season.

Smith has reportedly signed more than 70 NIL deals. According to Front Office Sports, he's partnered with brands including Arby's, Body Armor, Champs Sports, and Eastbay. So, just how much has Smith made?

By his own admission, he knows he won't crack $500,000 since he plays at a smaller school. But he can use his sizable social media following — about 100,000 followers on TikTok and 20,000 on Instagram — to promote the companies he works with. One-off posts tend to go for about $500 to $2,500, though Smith has tried to sign longer deals with brands, creating more of a true partnership. He'll continue wearing clothes or sporting other gear in his videos even after the deal is technically done.

It's paid off for him. He's earned well into five figures and receives all kinds of gift bags from brand partners. He says he hasn't had to pay for clothing in a long time and is able to share gifts and money with his single mother — Smith's father died when he was 12 — and five brothers.

Smith's ultimate goal is to play in the NFL. He still has three years of eligibility left and is taking a year off to run track as he recovers from foot surgery. But he's learned from his NIL savvy that there could be a future in marketing ahead. He's already sharing tips with other aspiring athletes on the streaming site Peakz and looks poised to cash in on several more deals.

By the time he graduates, Smith could very well be a household name for multiple reasons.