Despite a regular season that lasts for only four months, college football coaching is a full-time job. Between recruiting, practices, training camps, and studying film, there's always something to do. In the Big Ten, that busy schedule leads to some massive paychecks.

After a series of new hires and raises, 14 coaches in the conference are making about $67.8 million per year. That equates to an average salary of about $4.84 million.

The highest-paid Big Ten coach is Michigan's Jim Harbaugh, who makes just over $7.5 million per year. He could also earn a max bonus of $1.325 million. Purdue's Jeff Brohm isn't far behind, with a $6.6 million salary and a potential bonus of $1.29 million.

Harbaugh is the third-highest paid coach in all of college football, while Brohm is the eighth. In fact, nine of the top 25 highest-paid coaches are in the Big Ten.

Get a look at the full list of Big Ten coaches and salaries below, courtesy of Rivals's Blair Sanderson:

Even the lowest-paid coach, Mike Locksley, is still in the upper half of all college football head coach salaries. And Rutgers head coach Greg Schiano, making his second stint with the Scarlet Knights, will make nearly double what his predecessor (Chris Ash) made last year.

Curiously, the only coach whose team made the College Football Playoff last year is towards the lower end of the Big Ten. The $4.5 million salary of Ohio State's Ryan Day is still nothing to sneeze at, though it's slightly below average for the conference.

Ohio State's appearance in the College Football Playoff broke a two-year drought for the Big Ten. The Buckeyes lost 28-23 to eventual runner-up Clemson.

Since the playoff began in 2014, the Big Ten has sent a representative in four of six seasons – Ohio State three times and Michigan State once. The Buckeyes won in 2014 but Big Ten teams haven't reached the title game otherwise.

The conference will look to post another strong season this year. And its coaches will be reaping the rewards of the prestige that comes from leading a team in the Big Ten. 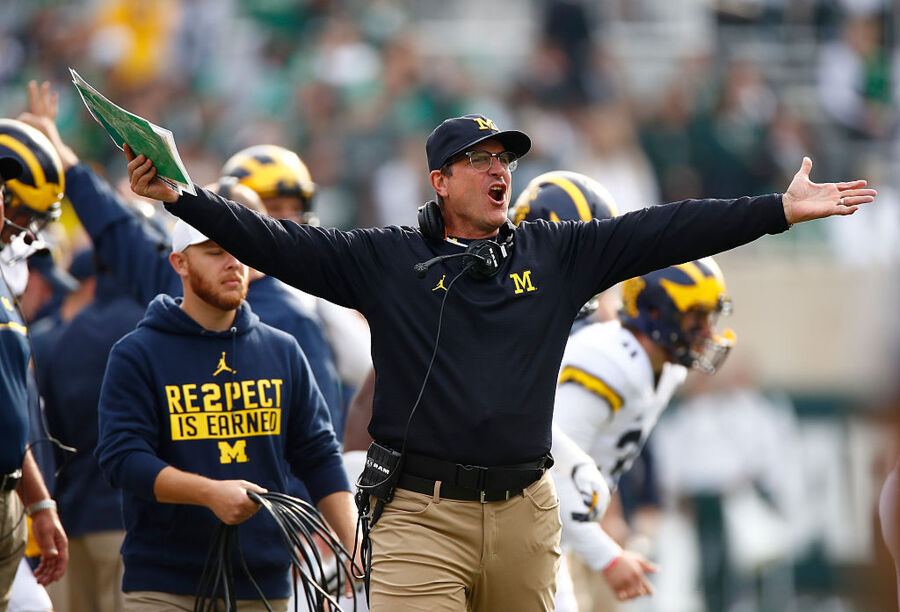