OJ Simpson Net Worth: 4 Facts You Need To Know Before His Parole Hearing

As you may have heard, in about an hour OJ Simpson will face a parole board in Nevada to find out if he will be freed in October. OJ has been behind bars for around nine years as a result of a robbery that took place in Vegas in 2008. So, if OJ does get paroled, what will his life be like on the outside? This is a guy who hasn't really had a job for 20+ years. This is a guy who technically still owes $33 million to the Goldman family. What exactly is OJ's net worth today? What was his peak net worth before he ever became notorious? Here are 4 facts you need to know:

Fact 1: OJ Simpson's current net worth is $3 million. According to one of his close associates, before he was ever arrested back in the 90s OJ had a pension fund worth around $2 million. That money has been managed passively over the last few decades and the friend believes the current net asset value of the pension fund is between $2 and $5 million. He also has a pension from the NFL that pays $10,600 per month. He also has a small pension from the Screen Actor's Guild. Fortunately for OJ, pension funds are fully protected from legal judgments and even bankruptcy so amazingly, none of this money can ever be touched by the Goldman family.

Fact 2: If OJ does get paroled, every penny her earns outside of his pension money will go straight to the Goldman family to help settle the $33 million outstanding civil judgment they have against him. To date, he as paid approximately $500,000 of those damages, much of which came from an auction of his personal items back in the 90s. So if he signs a book deal and receives an advance, that money will go straight to Fred Goldman. If he does a reality show… Fred Goldman. If OJ launches an Instragram page and starts doing ads for Fit Tea? Fred Goldman. 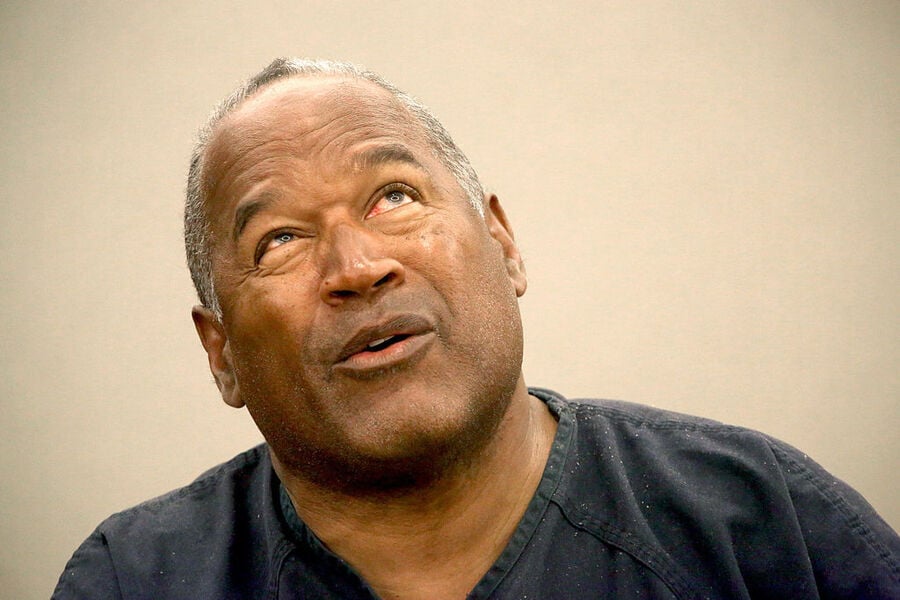 Fact 3: OJ used to be very very rich! We know this because when OJ and Nicole divorced in 1992, OJ was forced by a court to list very specific details about his assets and income. This was before the murders (obviously) and at a time when OJ was still a fairly in-demand actor and spokesman. In a court filing, he estimated his net worth to be $10.8 million. That's the same as around $18 million today. Around half of his net worth came from the value of his Brentwood estate. He bought that estate in 1977 for $650,000 (roughly $2.5 million in 2016 dollars).  According to the settlement terms of their divorce, OJ's monthly income in 1992 was $55,000. The majority of that income came from his Hertz endorsement contract. That's the equivalent of $92,000 per month after adjusting for inflation, roughly $1.1 million per year today. To settle the divorce, OJ agreed to pay Nicole $10,000 per month in child support plus a one-time payment of $433,750 ($730,000 after adjusting for inflation). OJ also gave Nicole a rental property in San Francisco.

Fact 4: Some believe that OJ has millions of dollars hidden oversees in the Cayman Islands. The Goldman family has believed this for years. To add fuel to the oversees money rumos, during the 2008 robbery that got OJ locked up, one of the men who was being held at gunpoint by Simpson and his associates was overheard (on a secret recording device) saying: "Nobody puts a gun in my face. I stood up for [him] while he was in jail. I stood up for him in the press. I stood up for him… on the stand. I helped him set up his offshore accounts." If it is ever proven that OJ has millions of dollars stashed overseas… it will be very bad for him. And guess who will get the money if any is discovered? Fred Goldman!