It's Official! Carlos Tevez Is The World's Highest-Paid Soccer Player!

About a month ago, we reported that a deal could be in the works for international soccer phenom Carlos Tevez to ship out to China. Now, it's in the books.

Carlos Tevez has officially agreed to sign with the Shanghai Shenhua for an estimated 2 year, $84 million salary! For those two years, he'll be making $1.73 every second!

Tevez, who has suited up for both Manchester United and Manchester City, was acquired by Shanghai from his most recent squad, the Buenos Aires Boca Juniors, for 20 times his previous salary.

According to Shenhua's social media page, "The club looks forward to Tevez helping Greenland Shenhua attack cities and strike stockades in Asian and domestic matches and contribute to more exciting games for fans."

For $42 million per year, hopefully they're right. 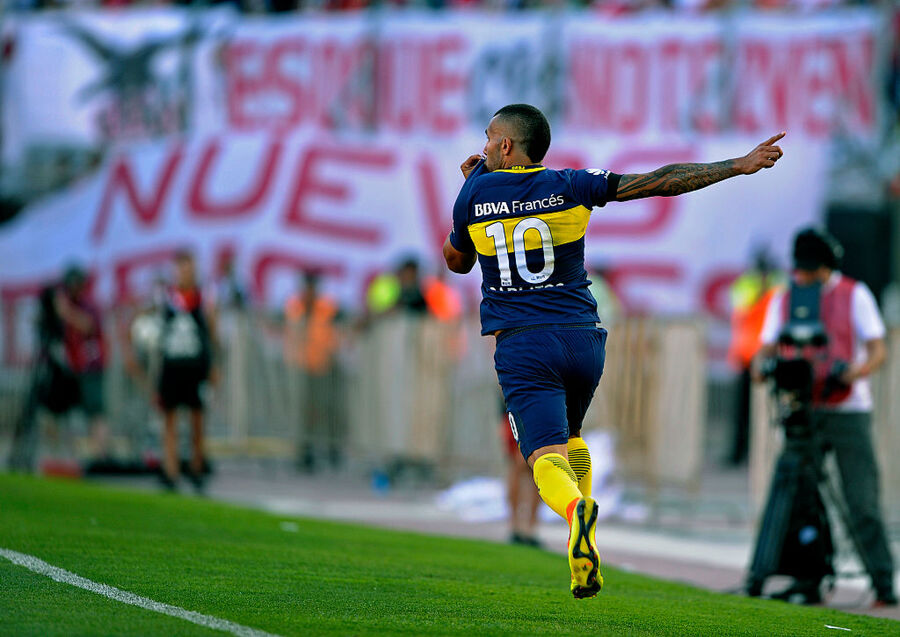 Tevez will be making about $150,000 per day for two straight years. That's about three times the annual median household income in the United States! Every single day!

Tevez isn't the only former European star to join ranks with the Chinese leagues. Not long ago, the city rival of Shenhua, the Shanghai SIPG, made a $73 million deal for Oscar, the Brazilian sensation from Chelsea.

The deal for Tevez will go into effect instantly upon passing a physical exam. He'll join his new team in Okinawa, Japan shortly.

It'll be interesting to see how European football adapts to this new mass exodus of some of its most exciting prospects. It seems that teams will have to be prepared to drop some serious cash on the table to avoid letting China become the football capital of the world.

But honestly, Carlos Tevez probably doesn't care too much about all of that. He'll be raking in six figures on his upcoming 33rd birthday.