Odell Beckham Jr. is undoubtedly one of the most electrifying players in the NFL. At just 24 years old, the New York Giants star has already broken a bevy of records after his first three seasons in the league, and doesn't look like he is stopping anytime soon. In addition to his outstanding play, Odell is a trendsetter both on and off the field, and now he wants to be a trendsetter in the world of NFL contracts.

Beckham is set to make a base salary of $1,839,027 in 2017; making him the 66th highest paid receiver in the league next year. While the Giants did pick up his 5th year option earlier this year, which will pay him a base salary of $8,459,000 in 2018, Odell believes that he deserves much more than he is set to make at this current juncture. MUCH more. In an interview with Uninterrupted last week, Beckham said that he doesn't just want to be the highest paid receiver in the NFL, but that he wants to be the highest paid player in the NFL, period.

"It's like the elephant in the room, and you don't want to talk about it but I've gotten to the point in my life where I'm like, 'No, I'm going to … there's no need to not talk about it,'" Beckham said. "I believe that I will be hopefully not just the highest-paid receiver in the league, but the highest paid, period."

Odell is without question in the upper echelon of receivers, along with guys such as Julio Jones, Antonio Brown, Dez Bryant, A.J Green, and Demaryius Thomas; and is arguably better than all of them. But all of the aforementioned receivers make anywhere from $14-17 million a year, amounts that pale in comparison to the highest paid players overall; quarterbacks. Every single one of the 15 highest paid players by annual salary in the NFL this upcoming season plays the quarterback position, with salaries ranging from $19-25 million.

Despite this reality, Beckham wants to change the narrative in NFL.

"You want to change the game," Beckham said. "You watch people in the NBA, and it's crazy what they get. There are people in the NFL who deserve that. I just want to be at the forefront, help push the league, the game that way, because I feel like the players deserve it." 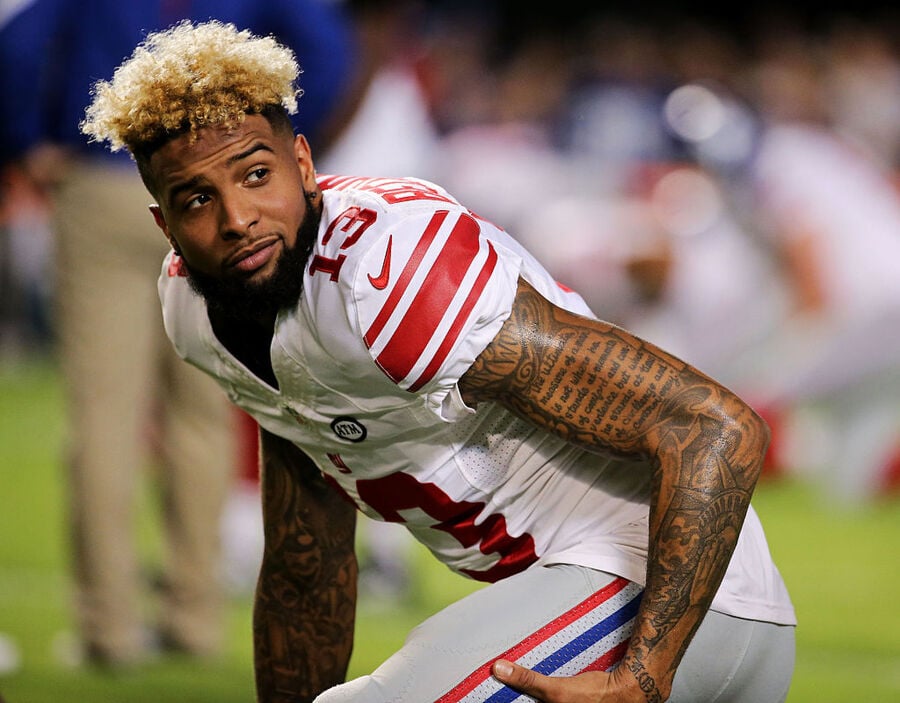 Beckham is undoubtedly referencing the mega deals NBA stars have been signing over the course of the past two off seasons, such as Steph Curry's 5-year deal with the Warriors that will pay him a guaranteed $40 million annually.

The only flaw in Beckham's logic is that there are much less mouths to feed in the NBA, so to speak. While the NFL does generate more revenue ($14 billion during the 2016 season) than the NBA ($6.5 billion prior to the 2015-16 season), there are 53 players on an NFL roster, as opposed to just 15 players on an NBA roster. That fact alone makes it unlikely that NFL player salaries would approach that of NBA players.

While Odell's wishes of being paid like an NBA player or being the highest paid player in the NFL likely won't come to fruition, Giants owner John Mara made it clear that they are going to do what it takes to give Odell the money he deserves.

"He deserves to get paid," Mara said. "We're going to pay him. It's just a question of when we enter into the contract. I don't have a timetable on it right now. I just don't feel like there is any need to rush into it. But he is going to end up getting paid."

Just how much he will be paid, remains to be seen.