Breaking: Odell Beckham Jr. Is Now The Highest-Paid Receiver In Football Thanks To Massive New Contract

In his first three years in the NFL, Odell Beckham Jr. reached at least 90 catches, 1,300 yards, and 10 touchdowns. Within just 30 games, he had already snagged 200 receptions and 3,000 yards. That's faster than anyone else in NFL history.

So perhaps it's no surprise that Beckham is making history once again. The 25-year-old just signed a contract extension with the Giants that makes him the highest-paid wide receiver in the NFL.

Beckham and the Giants agreed to a five-year extension worth $95 million, with $65 million guaranteed. Beckham's deal surpasses Antonio Brown's ($17 million) per year average, as well as Mike Evans's ($55 million) in total guarantees.

Beckham, who has been working for a new deal for most of the past two seasons, is now under contract through 2023. 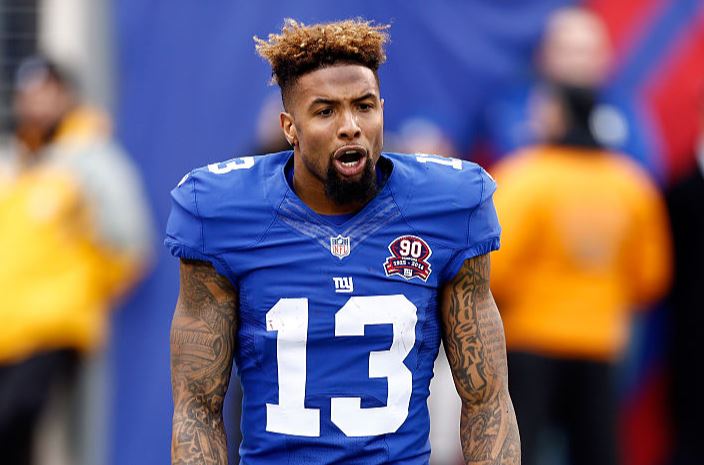 His 2018 contract, which was worth $8.4 million, will now be restructured into a $1.459 million salary and a $20 million signing bonus. The restructuring will help the Giants save $3 million against the cap.

Though he never publicly announced it, the belief around the league was that Beckham – who hasn't played since breaking his ankle last October – was holding out of preseason activities until signing a new contract.

Now that the deal is done, Beckham can get back to contributing for the Giants. The team will look to bounce back after a disappointing 3-13 season that saw nearly every member of the receiving corps suffer an injury, including Beckham.

If you think ODB was happy to hear the news, well…you're not wrong. Check out this video Roger Lewis took of his teammate after the deal was done:

congrats to my brudda couldn't be more proud been solid since day one helped me a lot on my journey… you deserve it…MONEY MONEY MONEY!!!! @OBJ_3 pic.twitter.com/cncsmI7IfB