Kickers, Punters, And Long Snappers Actually Make More Than Many Superstars Per Play

They can walk through a mall without being mobbed by fans. They don't have to worry about getting flooded with autograph requests after practice or a game. They are the last players companies come to with endorsement deals.

Who are they? They are the forgotten players. They are the kickers, punters, and long snappers – the specialists. They are players with a very important job, and who often lose their job during the season, should they mess up just a couple of times. Why? When they do falter, it is not unusual for the messed up play to affect the outcome of the game.

Many will disagree, but kickers, punters, and long snappers are football players too. They may not play as much as running backs, lineman, quarterbacks, or anyone else on the field. They may not be very good at doing anything that involves contact. However, what they do is very important. 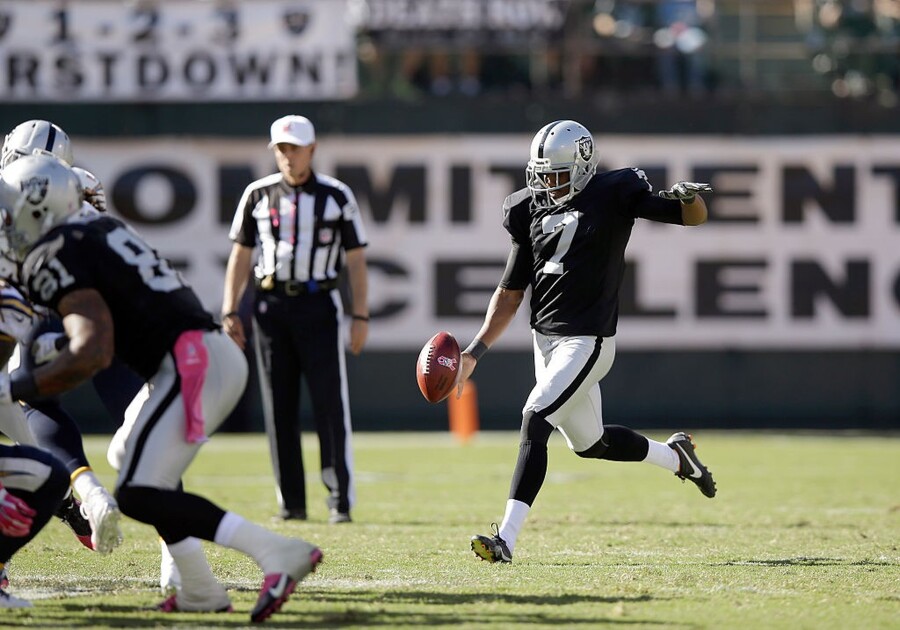 Blocked punts have resulted in game-changing touchdowns. Poor snaps have as well. There is nothing worse than seeing a field goal attempt go wide right or left (right Vikings fans?). So if a team happens to find a pretty good kicker, punter, or long snapper, they should do whatever they can to hold onto him.

Some teams have been doing just that. While the early focus of free agency has been on the high-profile, high-dollar deals, a number of specialists have signed new deals that can be considered quite lucrative for their position.

Of course, since these guys typically only play a handful of downs a game (if at all), they are not going to make big money like a quarterback, offensive lineman, or linebacker can nowadays. However, when you look at how much they play relative to what they make, they are actually doing better per play than many of the superstars they play with (2015 salaries and an estimated number of plays used):

The numbers are not exact, since guys may have taken a play off or had to come out for a couple due to injury, but the average will not be drastically different, +/- a few plays.

There is a lesson to be learned here, kids. Playing quarterback, linebacker, or offensive line can be pretty cool and the big paycheck is nice, but it takes a lot of hard work to make it in the NFL at those positions. However, you can do a lot less work and make as much as they do (or more) per play as the kicker, punter, or long snapper.

There isn't much job security, but you can get paid.