There Are Now Three Players In The NBA With Contracts Worth More Than $200 Million, Guaranteed

It's a wonderful time to be an NBA player. The game is more popular than ever, with fans all over the globe tuning in to see the stars compete. As a result, the salary cap has skyrocketed, and players are reaping the benefits.

Just ask Russell Westbrook, James Harden, and Steph Curry, who are all making more than $200 million guaranteed over the next six years.

Westbrook signed a five-year contract extension that, when combined with his current contract, will net him $233 million through 2022-23. That's the richest deal the NBA has ever seen.

Harden isn't far behind – the Rockets star signed an extension this off season worth $228 million over six years. At the time, it was the highest contract in NBA history. 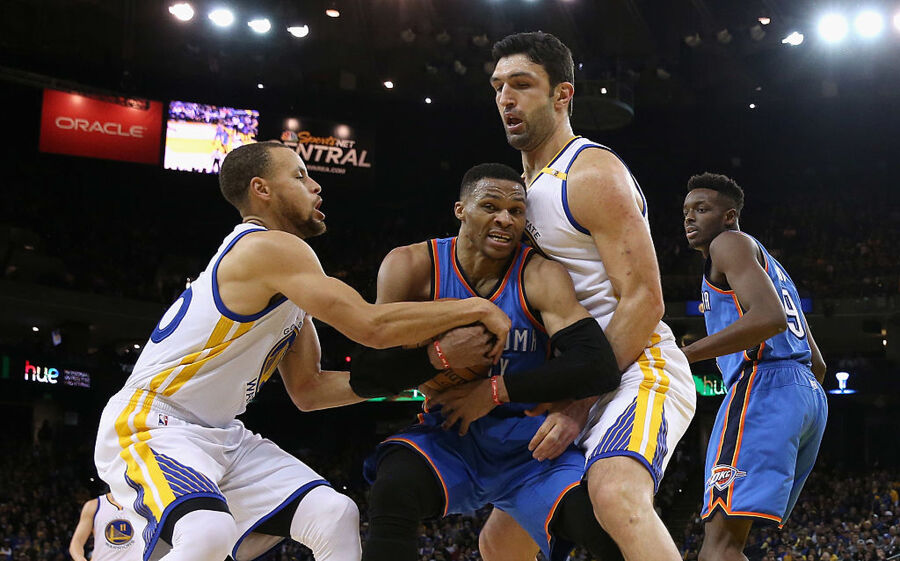 And who did Harden overtake (albeit briefly) for the richest deal in the league? Golden State's Curry, who, unlike Westbrook and Harden, re-signed instead of signing an extension. That distinction doesn't mean much, other than Curry is finally being paid what he's worth – $201 million through the 2021-22 season.

Curry's previous contract was for $44 million over four years. Last season, he wasn't even among the four highest-paid players on his own team, let alone the league.

Don't expect this trio to be the only ones raking in the big bucks, either. There are plenty of young stars on their second contracts that could be due for max extensions when their current deals are up. With the new "supermax" extension in play, stars on a rookie extension who are still on that same team – think Portland's Damian Lillard or Washington's John Wall – could be eligible to make 35 percent of the salary cap.

Curry's deal – an average of $40 million per year – is a great example of the potential earnings a superstar can make. And who knows? Maybe in a couple of years, the salary cap will have ballooned even higher and players will be flirting with $50 million per season. As long as the game is flourishing globally, that remains quite a realistic possibility.