Now With His Third NFL Team, Sam Bradford Is Still Making A Crazy Amount Of Money

At the end of the 2014 season, we wrote about Sam Bradford's shrewd decision to leave college early and enter the NFL Draft, even though he was coming off of major shoulder surgery. He ended up being the last No. 1 overall pick to sign under the old rookie contract scale, giving him significantly more money than the No. 1 overall selection the following year, Cam Newton.

Bradford's total career earnings have reached $90 million, and he's now on his third team in three years, the Minnesota Vikings. Minnesota's usual quarterback, Teddy Bridgewater, suffered a season-ending knee injury and the Vikings are in win-now mode. Bradford was the best option available, so the Vikings gave up their first-round and fourth-round picks in next year's draft to get him. It's a high price to pay, and that doesn't even take into account Bradford's salary, which, including his signing bonus, is $18 million for the year, with incentives that could bump it up another few million. 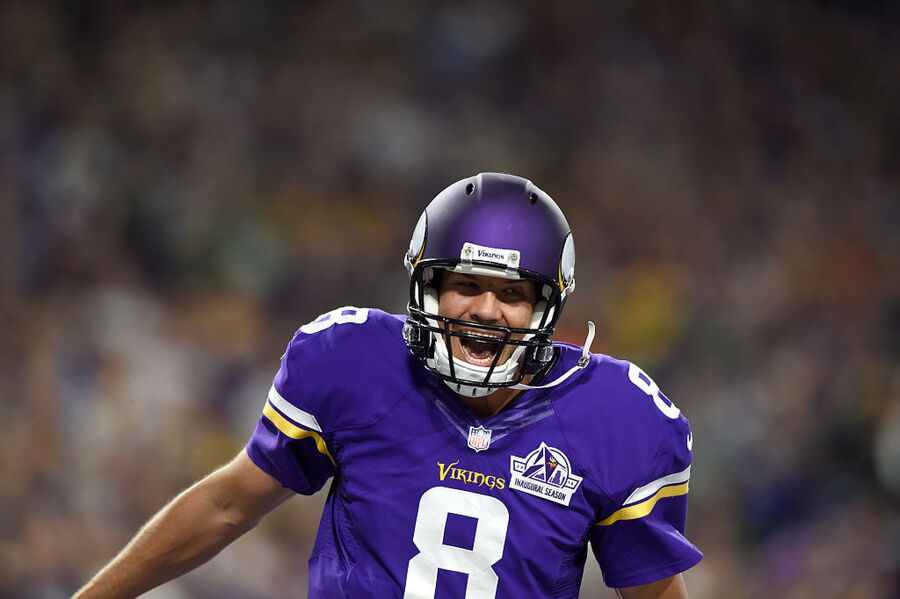 Fortunately for Minnesota, the Eagles have already paid $11 million of that amount with a signing bonus. They paid $5.5 million in March when they re-signed Bradford to a two-year deal, and paid the remainder on September 1, just a few days before trading him to the Vikings.

Bradford has found himself oft-injured during his NFL career, but is it possible he's finally found a place to call home in Minnesota? For one game, at least, the Vikings' home opener against the Green Bay Packers, Bradford looked nearly unstoppable. In fact, he even outplayed his counterpart on the other side of the field, Aaron Rodgers, who's generally regarded as one of the best quarterbacks in the league, if not the top dog.

Bradford finished his first game as a Viking going 22-for-31 with 286 yards and two touchdowns, which is a very solid stat line. He's shown flashes like that before, though he hasn't been able to put it together for an entire season. It's a very small sample size, but with Stefon Diggs and Kyle Rudolph, Bradford has a stronger supporting cast than he's ever had in his career. Maybe this is the stop that Bradford can finally put his stamp on the league.

In the meantime, despite an overall middling career, he can take solace in the fact that, to date, he's earned $1.125 million for every touchdown pass he's thrown.