Now That Kobe Bryant Has Retired, How Is He Going To Spend His Money?

Kobe Bryant wrapped up a successful 20-year career with the Los Angeles Lakers, culminating with a 60-point explosion in his final game. He finished with career averages of 25 points, 5.2 rebounds and 4.7 assists per game (yes, the man who allegedly never passes still racked up nearly five assists per game), and won five championships, an MVP Award, and made the All-Star Game 18 times. It's safe to say he had a terrific career on the court. He also did quite well off of it, too.

Over his two decades of playing in the NBA, Bryant earned $320 million in salary alone, the second-highest in the history of the league, behind only Kevin Garnett. Pair that with his signature shoes and other endorsement deals with companies like Nike, Lenovo, and Panini, and he's estimated to have made $680 million since entering the league in 1996!

When you're making that much money, you have to splurge on purchases once or twice… or several times. While we're not entirely sure how Kobe will spend his money and free time now that his life is constantly consumed by basketball – although we hope it involves more pranks – but if his spending habits during his career are any indication, he's going to be living the high life.

For starters, Kobe grew up in Italy. That gave him a love of Italian sports cars, including Ferraris. In fact, he was so smitten by the 458 Italia that he bought one during his playing days, for the modest price of $329,000. The best part? He paid for it by check. He also owns a Lamborghini, a Bentley, and a Range Rover, for when he's feeling like a more modest ride.

But those aren't his only methods of transportation–Kobe also owns a helicopter. Hey, the last thing you want after pushing yourself for 35+ minutes every night is to sit in traffic. Bryant has said the helicopter helped keep him fresh after games, and he's not above letting teammates use it, either. When former Laker Steve Blake had a doctor's appointment, he arrived by helicopter. No word on whether he had to get his parking validated. 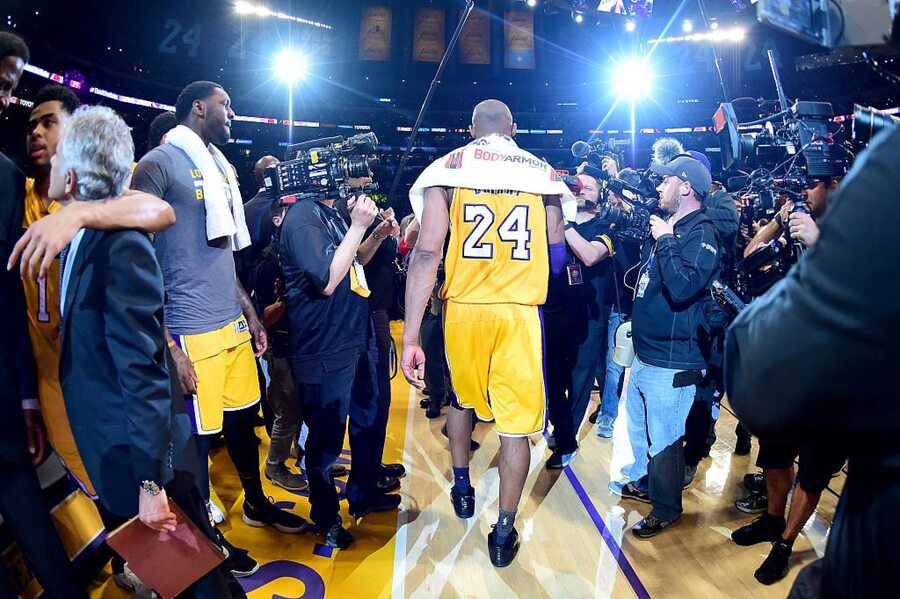 Bryant has invested in real estate, as well. He recently sold a home for $6.1 million–one of three that were estimated to be worth $18.8 million back in 2012. The one he sold came stocked with a full movie theater, and all three are in Orange County, which is about an hour drive from Staples Center. Suddenly that helicopter makes a lot more sense.

Towards the end of his career, Kobe got more involved as a business partner, rather than the more common athlete endorser. He started Kobe Inc. in 2013, and the company's first investment was a 10% stake in BodyArmor Sports Drink.

The company has also partnered with Alibaba to produce the baller's documentary Muse, and to produce and distribute the Kobe brand in China. The Chinese market is the largest growing for the NBA, and as one of the most popular players in the league over there, Kobe has been wise to market himself to the country's population. And of course, with his knack for fancy real estate, Bryant purchased a luxury building in Newport Beach for $5.8 million to serve as the offices for Kobe Inc.

Don't think Kobe's will to be the best will disappear without basketball, too. Billionaire investor Chris Sacca recently appeared on Bill Simmons' podcast and shared a story of him meeting Bryant, who wanted to speak with him about investing. Figuring he was just like any other celebrity investor who didn't want to do the legwork necessary, Sacca gave him some homework: watch several videos and read a handful of articles, and then Sacca would chat with the All-Star.

To Sacca's surprise, Kobe not only watched and read what was required of him, he constantly contacted Sacca to ask about what he had digested. He was texting so often that Sacca's wife jokingly asked if the two were having an affair. Sacca was impressed by Kobe, saying he "was bringing the same obsessive work ethic to learning about startups that he does to training, to rehab, to his thousand makes a day, to everything." We'll see how that spirit fares now that Kobe can focus even more of his time to his business ventures. 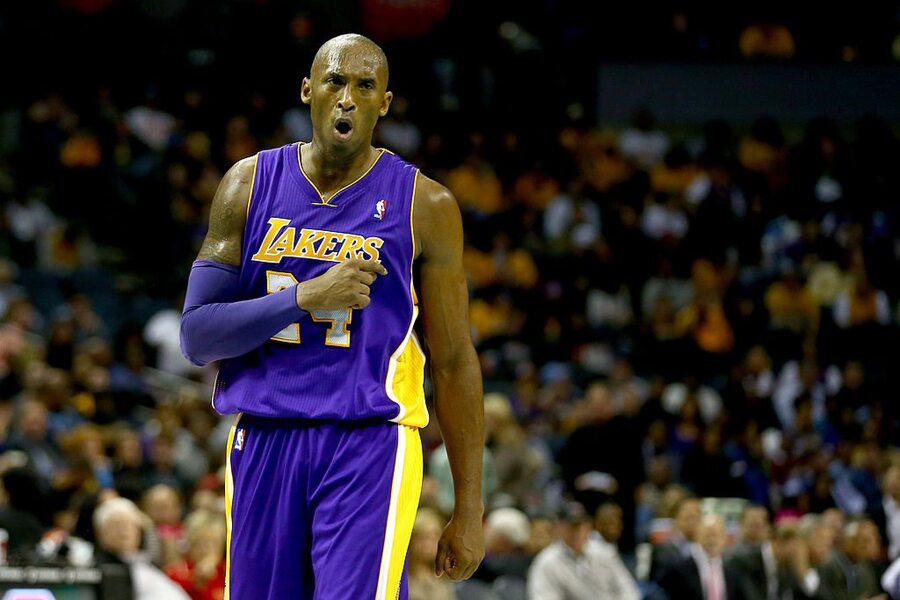 Naturally, with as many investments as he's made, he's bound to have a couple of clunkers. When he was still in his early 20s, he embarked on a rap career, enlisting Hype Williams to produce a music video for his debut single "K.O.B.E." Tyra Banks was also featured in the hook. The single wasn't very well received, and Bryant wisely chose to focus his efforts more on basketball. Take a listen if you haven't heard it; it's clear pretty quickly where Kobe's strengths lie. He did try to stick with music a bit longer via his Heads High Entertainment production company, but it folded within a year.

However, Kobe met his future wife Vanessa while recording his album, as she was serving as a background dancer for another song in the same building. After his involvement in an alleged sex scandal, there were rumors of divorce between the pair, which would have cost Kobe more than $75 million. The couple eventually reconciled and had two children, though Bryant famously bought Vanessa a $4 million, 8-carat purple diamond during the scandal.

Kobe was the last active player from the 1996 NBA Draft, which included other stars like Allen Iverson, Ray Allen, Steve Nash, Stephon Marbury and Marcus Camby. He joins the rest of his draft class in retirement, but don't be surprised if the competitive fire still lives on.

During training with Team U.S.A. for the 2012 Olympics, Kobe was challenged by Kyrie Irving to a game of one-on-one. Irving had just won Rookie of the Year, and was feeling confident. Not content with just being able to whup a young up and coming player, Kobe also put $50,000 on the line. That likely wasn't the only wager Bryant made during his pickup career, and it would be very surprising if it's the last.

Irving has suggested he did not win that matchup with Kobe, but still called it "a great experience and that is one of those moments that I will remember for a lifetime."

Sounds like the perfect way to describe Kobe's career, too.