On Sunday morning, Novak Djokovic cemented his position as the number one tennis player in the world by defeating Andy Murray in his first French Open championship. The win was a milestone victory for Djokovic in many ways, completing as it did his career Grand Slam, but it was also a milestone from a financial perspective. By winning the top money prize, worth almost $2.4 million, Djokovic becomes not just the highest on-court earner in the entire sport, but also the first tennis player to bring home more than $100 million in on-court earnings.

The win puts Djokovic narrowly ahead of Roger Federer, whose career total of $98 million in on-court earnings has kept him out of the $100 Million Club, so far. In case you're interested, the sport's other top on-court earners are Rafael Nadal, with $78.1 million, Serena Williams, with $77.6 million, and then quite a sizeable jump down to the fifth-highest earner on the court, with Djokovic's French Open opponent, Andy Murray, at $46.3 million. 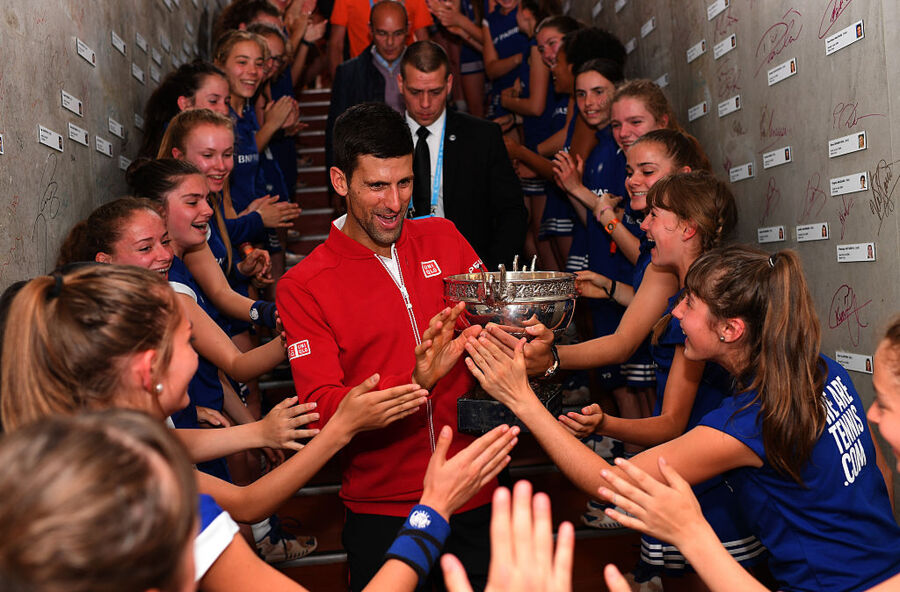 Of course, having the highest on-court earnings doesn't make Djokovic the richest tennis player of all time and with endorsements and other revenue streams included, he's well behind the other top on-court earner, Federer. But it's still a very strong reflection of his recent on-court dominance. That's also borne out by the fact that with his most recent victory, Djokovic became the first man in almost 50 years to hold all four Grand Slam titles at the same time, since Rod Laver accomplished the feat back in 1969. If he can keep on winning, he's also on track to match another of the legendary Laver's accomplishments by winning all four of those same titles in a single calendar year – a feat that would also have the incidental side effect of cementing his status as tennis' top on-court money earner even more.