Men's professional tennis is thriving. There are big names at every event, and even some upstarts can give an established veteran trouble on the court. At any given match, you could potentially see an upset.

Well, unless Novak Djokovic is playing. Because he has absolutely no equal right now.

Djokovic just tied a record by winning his sixth Australian Open, after taking out possibly the two second-best players in the game right now, Roger Federer and Andy Murray. And it wasn't even close–Djokovic nearly swept Federer, winning convincingly in four sets, and he DID manage to sweep Murray.

With the victory, Djokovic ties Roy Emerson for the most victories at the Australian Open. However, Djokovic's might be even more impressive. Emerson played during the amateur era in the 1960s, when competition wasn't nearly as fierce. Meanwhile, Djokovic's six titles have come against perhaps the most skilled group of players men's tennis has ever seen. 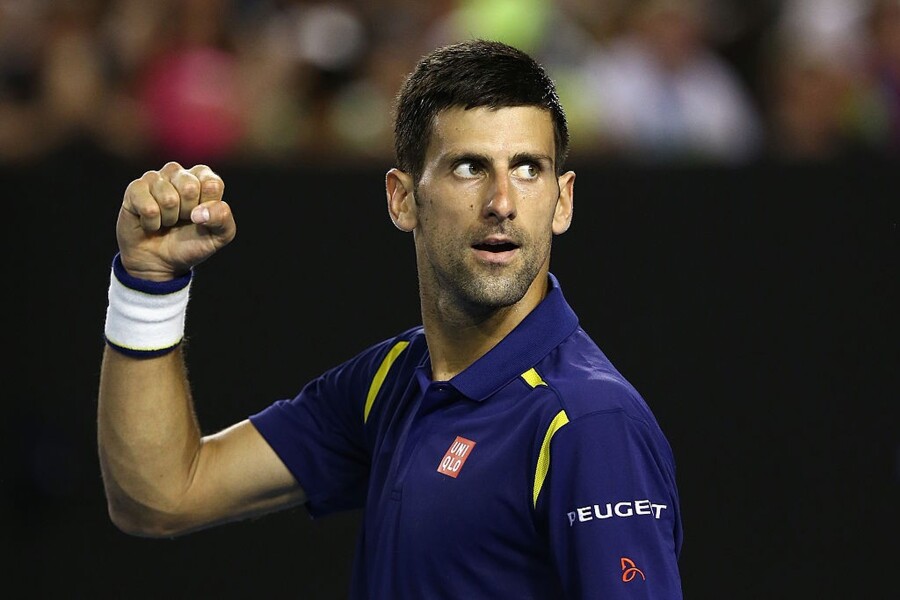 The win also added some money to Djokovic's overall career earnings. He's now made $96.9 million from oncourt victories. That puts him just a million behind Federer, who is the all-time career earnings leader. Djokovic's next tournament win, particularly if it's a major, will likely propel him ahead of Federer.

Off the court, Djokovic isn't doing too badly, either. He made $31 million in 2014, and currently has endorsement deals with Nike, Serbian telecommunications company Telekom Srbija, Japanese watch manufacturer Seiko, and French car manufacturer Peugeot. His family also founded its own company, Family Sport, which has investments in real estate, sports/entertainment event organization, sports apparel distribution, and themed restaurants and cafés.

Even though Federer is still playing, it's currently Djokovic's world. He's won 11 majors and 61 titles throughout his career, with 13 of those titles coming in the past year. You have to think once his earnings surpass Federer's on the court that he'll remain #1 on the career earnings. By then, it'll simply be a matter of how high he'll climb.