In case you didn't know, Floyd Mayweather fought Andre Berto on Saturday night at the MGM Grand in Las Vegas. I say "in case you didn't know", because, from what I can tell, most people had no idea this fight was even happening. And that's an extremely sharp contrast to pretty much every other fight Floyd has had in the last 10 years.

Previous Floyd Mayweather fights were international events on the level of a Super Bowl or a World Series Game 7.

Saturday's entire event was nothing short of a huge embarrassing dud. 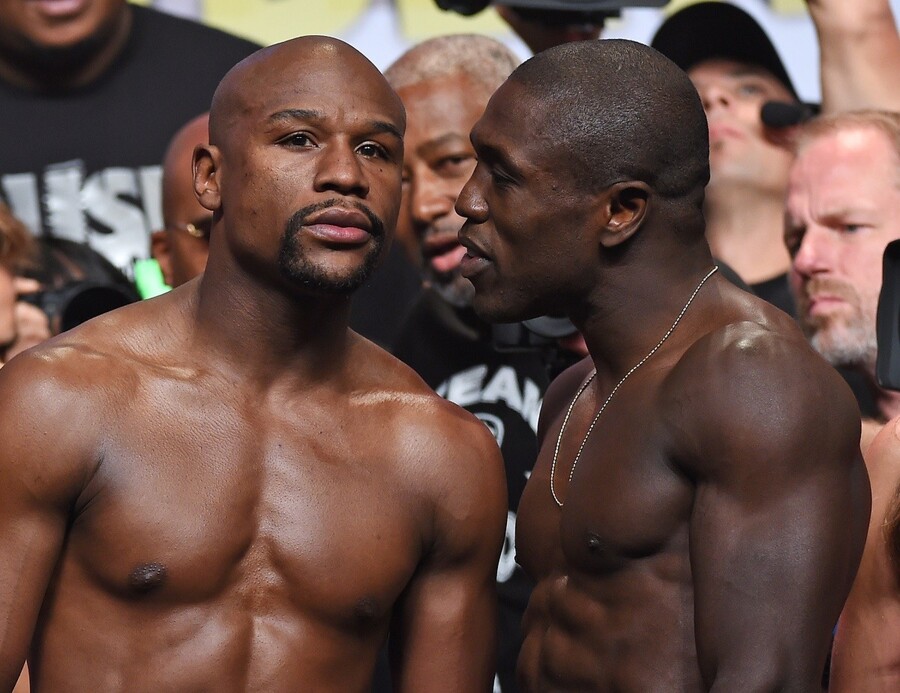 The main reason no one seemed to care about the fight was because Andre Berto was universally lambasted as being a total loser who was hand-picked by Floyd to guarantee he would go out with a flawless record. And just as you could have guessed, Floyd easily defeated Berto to bring his overall career record to 49-0, tying the late great legend Rocky Marciano.

How Bad Was It?

Well first off, the MGM literally could not give away tickets to see the fight. I'm not talking about bad tickets, I'm talking about ringside seats. The MGM reportedly offered to fly more than a dozen different celebrities to Vegas for the event, but the celebs declined. No one cared to show up. Even with free ringside seats!

It wasn't much better for the rest of the arena's seats. Days leading up to the event, the MGM was offering package deals to frequent-guests where they would get free tickets for booking a room for the weekend.

When it was time to actually fight, the arena was reportedly 40% empty. OUCH.

Pay Per View sales were equally horrendous. Floyd is responsible for four out of the top 10 Pay Per View events of all time. The top three PPV sales of all time were all Floyd matches. His average fight historically would be bought by around 3 million sales. The Manny Pacquaio fight was bought by a staggering 4.4 million people. Overall, that fight generated $600 million in revenue.

How many people plunked down money for Mayweather-Berto? 400,000. YIKES.

With lackluster sales like that, it's very possible that Showtime will actually lose money on the event. Especially since Floyd was guaranteed $32 million to show up and Berto was guaranteed $3 million. At $69 for the PPV feed, 400,000 buys translates into $27.6 million. That's $7.4 million less than they owed to the fighters. And that's before insurance, concessions, employees, and all the other major expenses that go into a fight. 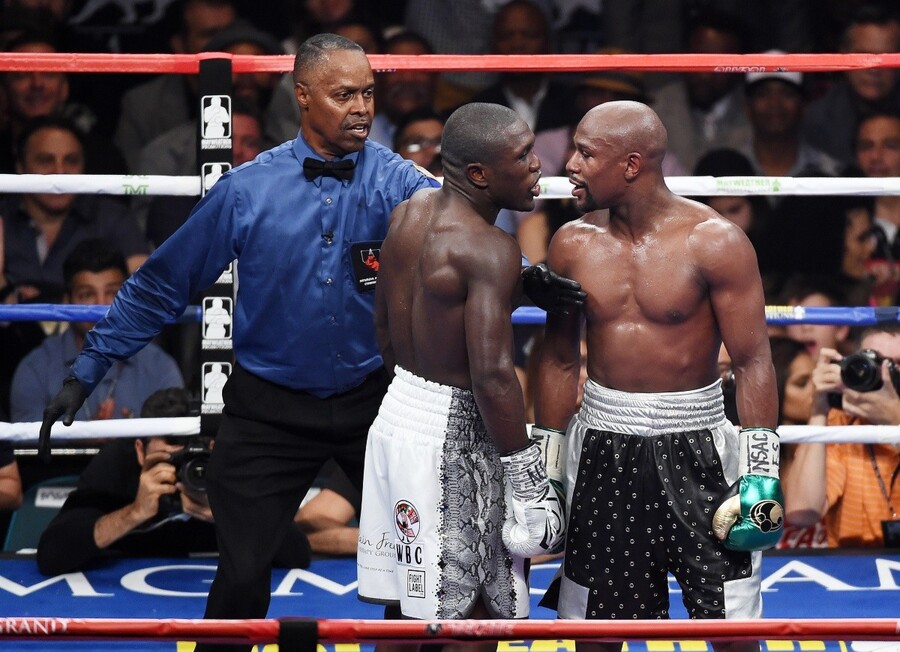 What a pitiful way to end a career.

You'd have to go back over a decade to find a Mayweather fight that was this unpopular.

Showtime, which produced the event, was left particularly red-faced. In what might be the understatement of the century, Showtime Vice President Stephen Espinoza conceded:

"To a large extent, anything we did coming off of that massive May 2 event was going to feel like a bit of a letdown. We didn't have available a really compelling list of available opponents. There's been a lot of speculation about a lot of things, but when you got down to it, there wasn't really a long list of available guys and none of them were slam dunk established stories or really compelling storylines."

Many fans now believe that professional boxing, as the world has known it for decades, died back in May with the Pacquiao fight.  I agree. It feels sort of like boxing died back in May but the funeral wasn't until September. And no one actually attended the funeral.

Rest in peace professional boxing! You had a good run!