Kyrie Irving of the Brooklyn Nets is quite possibly the most famous Covid vaccine skeptic in the country. He is currently barred from playing, practicing, or traveling with the team because of his refusal to get the shot.

Whatever your opinion of Irving's stance, you have to admit he's putting his money where his mouth is. And it's A LOT of money. According to The Athletic's Shams Charania, Kyrie stands to lose more than $200 million in near-future earnings if he continues to stick to his guns and defy the state of New York's vaccine mandate. 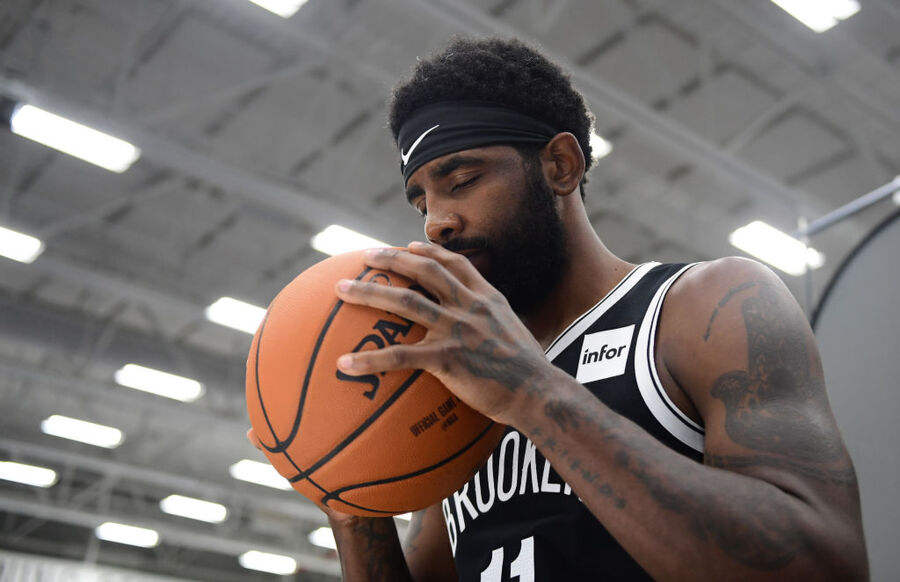 That's the $16 million he'd make playing in New York this season, plus a contract extension worth a total of $185 million. With a reported 96 percent of NBA players currently vaccinated, the enormous sum just goes to show how serious Irving is in his commitment towards not getting the vaccine, despite its widespread safety and effectiveness at combating the spread and severity of Covid-19.

Despite it all, Irving is purportedly not anti-vaccination per se. Instead, a source says he is more opposed to the principle of vaccine mandates, and specifically the idea of people losing their jobs because of their decision not to get vaccinated:

"Multiple sources with direct knowledge of Irving's decision have told The Athletic that Irving is not anti-vaccine and that his stance is that he is upset that people are losing their jobs due to vaccine mandates. It's a stance that Irving has explained to close teammates. To him, this is about a grander fight than the one on the court and Irving is challenging a perceived control of society and people's livelihood, according to sources with knowledge of Irving's mindset. It is a decision that he believes he is capable [of making] given his current life dynamics."

The source goes on to say that Irving wants to serve as "a voice for the voiceless," so it would seem that he's intent on refusing the vaccine, even if it ends up costing him his spot in the NBA, plus more than $200 million. And of course, there's also the possibility that the move could have long-term effects on his endorsement deals with brands like Nike and Pepsi, hitting his bank account even harder.