Why Is No One Signing Deals To Advertise On NBA Jerseys?

Back in April, the NBA announced that it would allow companies to purchase advertising space on NBA jerseys beginning in the 2017-18 season. This was a strange concept in America, where people who don't watch European soccer just aren't used to seeing corporate ads on jerseys.

So far, only the Philadelphia 76ers have made a move. They signed a three-year, $15 million deal with Stubhub on the first day that they were allowed to do so.

Now, why isn't everyone else jumping at the opportunity?

The main reason is because there's no known market value for this kind of deal. Because it's never been done before, no one knows how much they should be getting for the little jersey patch, and no one wants to be the first team that's majorly shortchanged. Also, looking from the opposite perspective, no company wants to pay way too much to put their advertisement on a jersey.

Reportedly, the Golden State Warriors want $65 million for three years, compared to last year's champion Cleveland Cavaliers, who are seeking $50 million. Much of this has to do with the team's local market and the marketability of star players. Naturally, the Warriors, being in California and having a star-studded squad led by Steph Curry and Kevin Durant, would ask for the most money of anyone. The Cavs, on the other hand, are stuck in Cleveland, but having LeBron James certainly won't hurt. 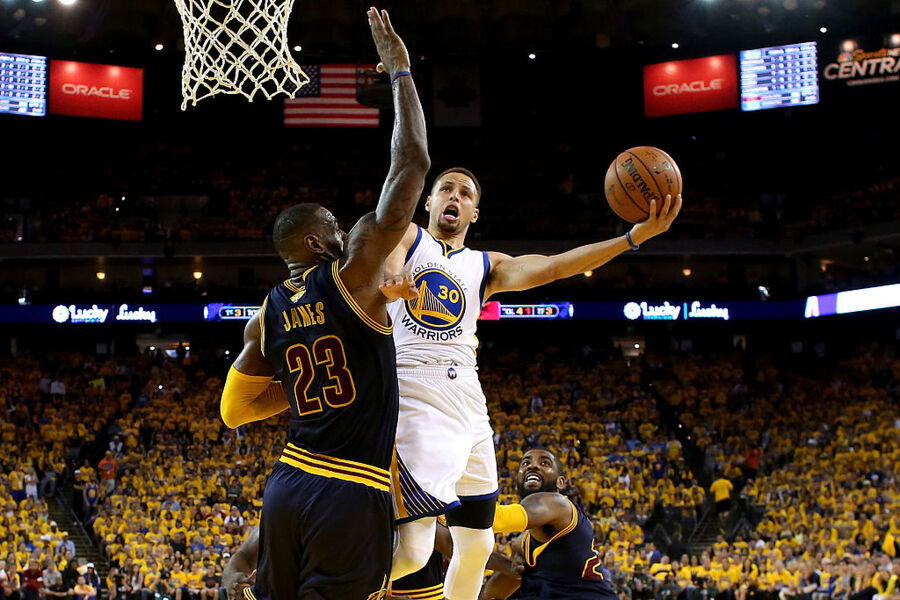 Another major issue comes from NBA regulations on sponsorships. Teams aren't allowed to sign deals with companies related to alcohol, gambling, media content, or any company that competes with Spalding or Tissot.

There's also the issue of teams who have star players who are already endorsed by major companies. It would be problematic for a team to partner with a company that competes with one of its star player's major endorsements. It's possible that the patch deals will coincide with player endorsements and other deals with local media in order for everything to work together more smoothly and for the deal to be more lucrative on both sides.

The bottom line is: this is an incredibly complex issue, and it's uncharted territory at the same time. Be on the lookout, though, because as soon as a couple of major deals go down, expect a ton more to come soon after.