The Antonio Brown saga was one of the biggest storylines of the offseason. The wide receiver left the Pittsburgh Steelers on bad terms and looked to rebound with the Oakland Raiders. Instead, his brief stint in the Bay was filled with turmoil. He missed practice and workouts for multiple reasons, including frostbitten feet, displeasure with his helmet, and verbal altercations with his general manager.

Eventually, it got to be too much for the Raiders. Oakland released Brown before he ever played a game for them. Brown signed with the New England Patriots the same day, but now, reports are surfacing that Brown allegedly sexually assaulted his trainer while in Pittsburgh.

The whole situation is difficult, but there's one player that couldn't be happier that Brown is gone: Keelan Doss.

Here's why – Doss grew up in nearby Alameda and attended college at UC Davis. The Raiders signed him in April after he went undrafted. He had a fantastic preseason, hauling in 17 catches for 162 yards and a touchdown. 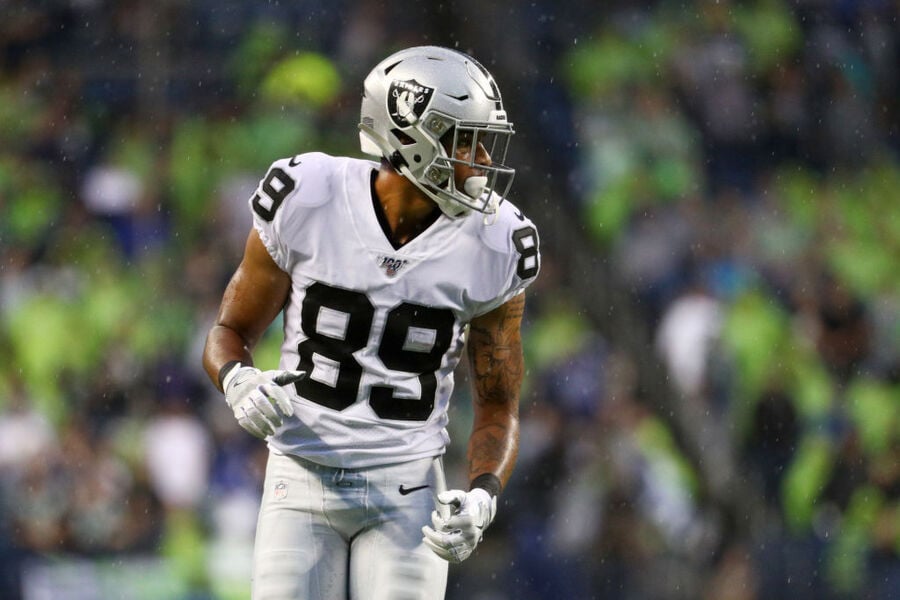 But the Raiders cut Doss from the practice squad before the regular season. He signed with the Jacksonville Jaguars practice squad, fully across the country, nearly 2,800 miles away.

After Brown's release, though, the Raiders suddenly had a need for another receiver. And they knew just who to call.

The Raiders offered Doss a $300,000 signing bonus with a fully guaranteed $495,000 base salary, per NFL Network's Mike Garafolo.

It's a huge pay bump for Doss. An NFL practice squad player makes an average of $6,900 per week. Since they're paid weekly, they could be cut and miss out on tens of thousands of dollars. Instead, Doss will earn about half a million dollars this year.

Doss also gets to play for the team he grew up watching. That's a pretty cool feeling, no matter what city you're in. And it's all thanks to Brown – if his fellow receiver didn't request a release from the Raiders, Doss would still be on the Jaguars' practice squad.

Life in the NFL can be grueling. But sometimes, a wide receiver can catch a big break.