Odell Beckham Jr. is undoubtedly one of the most exciting players in the NFL. With his electrifying on-field performances and high profile off-field persona, the 24-year-old is arguably one of the most famous athletes in American sports. As a result, it shouldn't be a surprise that he has signed a number of endorsement deals over the course of his short NFL career. With that being said, the contract the New York Giants receiver just signed with Nike may come as a surprise to some.

Nike has reportedly signed Odell Beckham Jr. to the largest shoe contract for a player in NFL history. Nike's decision to resign Beckham came after the All-Pro receiver's original deal with Nike was set to expire on May 1. According to NiceKicks.com, Beckham was also considering a deal from Adidas, and listened to pitches from both brands along with his agent and business manager.

When listening to both brands, Beckham reportedly expressed his desire to have signature cleats, cross-trainers, along with a full apparel line, according to sources. He also wanted to sign on with a brand that would incorporate him into global brand marketing for lifestyle products and other campaigns. 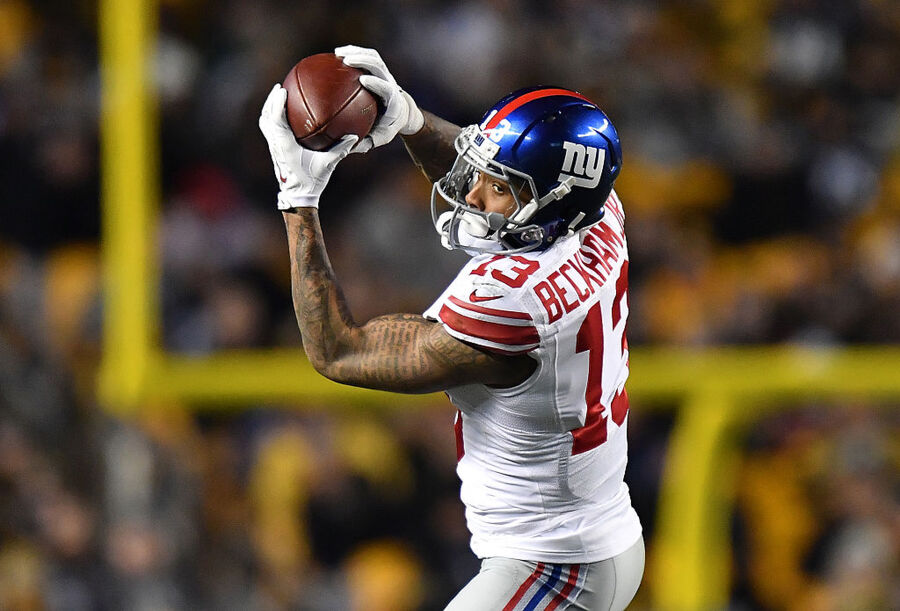 In deciding to resign Beckham, Nike invoked their right to exercise a "match clause" that allowed them to fully match any offer from other brands within 10 days. The match window ended on May 23, the day that Nike agreed to resign Beckham. The deal is reportedly worth over $29 million over the course of five years, with more incentives that could potentially make Beckham an additional $1 million annually.

The contract reportedly contains certain triggers that could bring the deal to a whopping value of $48 million over the course of eight years; by far the most valuable shoe deal of all time for an NFL player.

Beckham also joins elite company as it pertains to making money from Nike. He is set to earn far more money from Nike this year ($5 million) than he will from his team, the New York Giants ($1,839,027)! LeBron James and Kevin Durant also earn more money annually from Nike than they do from their respective teams.