Nick Swisher is a lucky guy. He won a World Series during his stay with the New York Yankees. He has a beautiful wife, an adorable little girl, and has been able to make a living playing a game. Not just any old living, but a darn good one. Over the course of his career, he has made over $92 million. The last $15 million is going to be the easiest.

He's not even going to have to play to earn it.

Swisher signed a four-year deal for $56 million, back in December 2012, when he was still with the Cleveland Indians. After watching him hit at least 21 home runs in each of the last eight seasons, they thought he was worth it. In his first season with the Indians he was (22 home runs; .246 batting average), but then he became injury-prone. When that happens, a player becomes expendable. 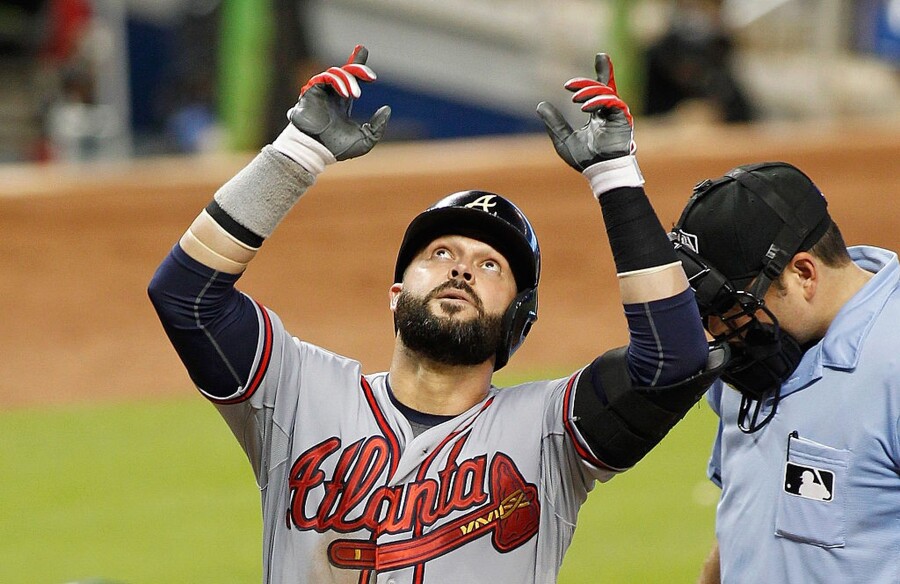 In 2015, he was traded to the Atlanta Braves. He had a lackluster 2014 season for the Indians, playing in just 97 games and hitting just .208 with only eight home runs. In 2015, the decline continued. Between his time with the Indians and the Braves, he hit only .196 with just six home runs.

Had he played well during spring training, he may have been able to make the squad for the 2016 season, but he didn't. A 35-year-old player hitting .238 in 17 exhibition games for a team that is rebuilding is not going to earn a spot on the roster, which he didn't.

The Braves have let him go, but thanks to his contract, they are still going to have to pay him $15 million. They knew releasing Swisher during spring training for the 2016 season would be a possibility when they traded for him. To make sure the Braves would take him (and Michael Bourn), the Indians included $14.6 million as part of the deal (to be paid in full by June 30).

Braves manager, Fredi Gonzalez, said he would have considered hanging on to Swisher if Atlanta was in the American League (as a designated hitter). As the roster stands, he simply has too many guys who are better competing for a spot on the bench.

While it sucks to be cut, there is no reason to feel sorry for Swisher. There is bound to be at least one time that will be willing to sign him to the league minimum in hopes that he may regain his form. If he doesn't, he could still provide a nice veteran presence for a young locker room.