Like most college coaches, Nick Saban hates losing. His Alabama Crimson Tide fell to the Georgia Bulldogs, led by head coach Kirby Smart, in the College Football Playoff National Championship. To pour salt into the wound, the Bulldogs then made Smart the highest-paid coach in all of college football. That likely didn't sit very well with Saban, but luckily, he only had to deal with being the second-highest-paid coach for a month.

Alabama announced a new eight-year, $93 million contract extension for the 70-year-old Saban. The deal increases his average annual salary by $2 million, so he's now making $11.7 million per year. That puts him back on top of the highest-earning college football coaches list. And with bonuses, he's likely making well north of $12 million every year, which surpasses just about every professional NFL and NBA coach. 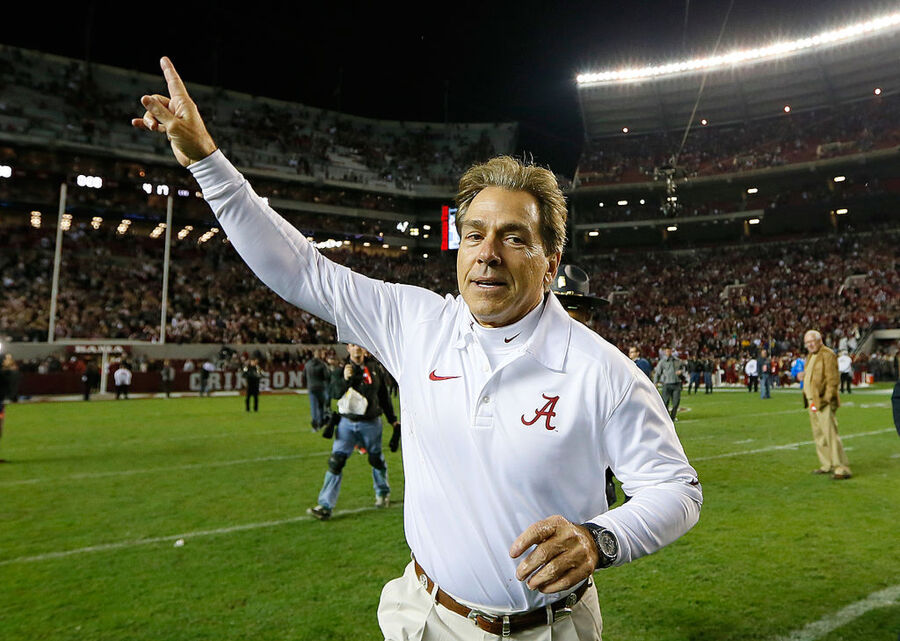 Saban joined Alabama in the middle of the 2007 season. Since his first full campaign in 2008, the Crimson Tide have won six national championships and eight SEC titles. Saban has also received plenty of individual honors. He's been named the Walter Camp Coach of the Year twice, has won two Paul "Bear" Bryant Awards and earned five SEC Coach of the Year titles. He won a championship with LSU in 2003 and is the only football coach to win a national championship at two different schools since the invention of the AP Poll in 1936.

Speaking of the AP Poll, the Crimson Tide have built a comfortable home there. From the 2008 season onward, the team has never finished worse than 10th in the final AP rankings. And as the preseason #1 for 2022, it's now 15 straight years where the Crimson Tide have been the top-ranked team at some point during the season.

Alabama athletic director Greg Byrne also scored a nice payday. He'll now make $1.49 million per year, with raises up until the 2028 season, where he'll earn $1.91 million. Both Saban and Byrne should see plenty of success in the years to come, as the Crimson Tide seem to show no signs of slowing down.

Saban should enjoy his status as the highest-paid coach for a while, too. Everyone near him has recently signed extensions, and until a team finds the same type of success, it's hard to imagine anyone overtaking him. It's amazing what winning can do for you.