In just the past two years, Alabama head coach Nick Saban has led his team to a national championship and came within one second of another title. That's just about the best you can do as a coach – and his school is rewarding him accordingly.

Saban will make $11.125 million this coming season after signing a three-year contract extension. The extension includes a $4 million signing bonus. In total, the eight-year deal, which runs through the end of January 2025, is scheduled to pay Saban $65 million. He can add to that with incentive bonuses of up to $700,000 each year.

The $11.125 million Saban will receive is the most any coach across college sports has made in a single season. Alabama also approved new contracts for both the team's assistant football coaches. Offensive coordinator Brian Daboll will receive $1.2 million per season for the next three years. Defensive coordinator Jeremy Pruitt will make $1.3 million next season, with a $100,000 raise each of the following two seasons. Outside linebackers coach Tosh Lupoi nearly doubled his salary from last year and will make $950,000 over the next three seasons. In total, Alabama's nine on-field assistants will make just under $6 million this year. 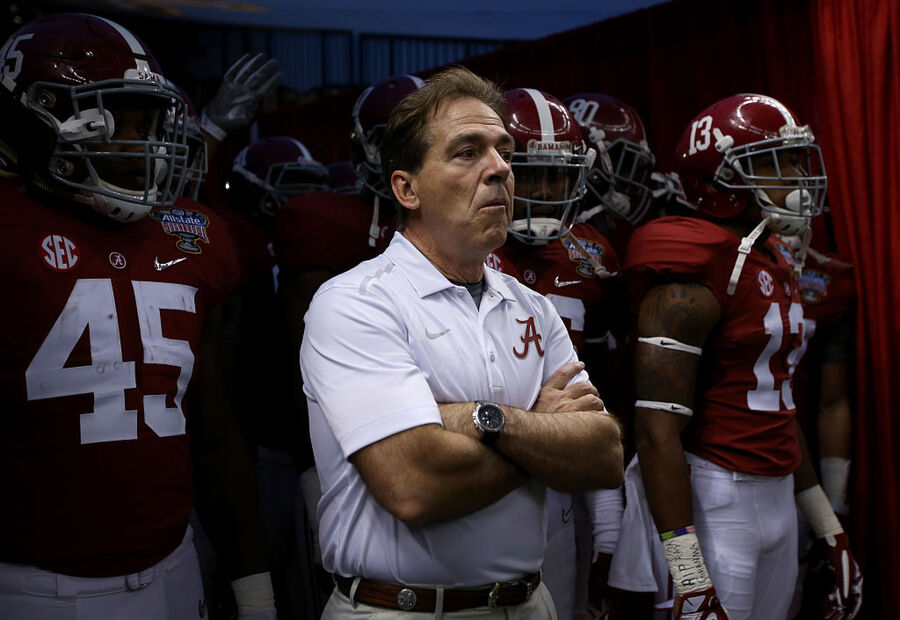 Greg Byrne, the Crimson Tide's incoming athletics director, will have a base salary of $1.2 million. His predecessor barely made more than $700,000. Alabama clearly isn't shy about handing out money.

Saban is even protected in the event the university fires him without cause. If that happens, the school owes him a buyout of up to four years' worth of his base salary, plus the "talent fee" for endorsement rights and TV and radio appearances. That total alone is worth $26.9 million.

Saban's contract was last altered in 2014 when it was tweaked to be worth a little more than $6.9 million per season over eight years. That made him the highest-paid public school football coach at the time. However, Jim Harbaugh surpassed him and will make $7 million this season and $7.5 million the following year.

Saban's annual contract includes his base salary ($245,000 annually), the "talent fee" ($6.48 million annually) and a bonus payment if he is still the head coach at the end of any regular season. Those "contract-year completion" payments are the only part of his contract that can vary. It'll be $400,000 next year but will balloon up to $3.6 million in 2021.

Saban has compiled a 119-19 record during his 10 seasons at Alabama, winning four national championships.