Saying Nick Saban has had success at Alabama is an understatement. In 11 seasons, his teams have compiled a 127-20 record. The Crimson Tide have won five of the past nine championships. Yet it's Saban's latest accomplishment that might be his most spectacular yet.

After extending his contract through the 2025 season, Alabama made Saban the first college coach to be guaranteed $10 million in one season. Right now, Saban is set to earn $10.3 million in the final year of his new deal.

It's a strong message from the university. Saban is 66 years old, which means he'll be in his mid-70s by the time this deal expires. But Alabama is the cream of the crop in college football. As long as Saban is willing to coach and recruit, the university will reward him accordingly. 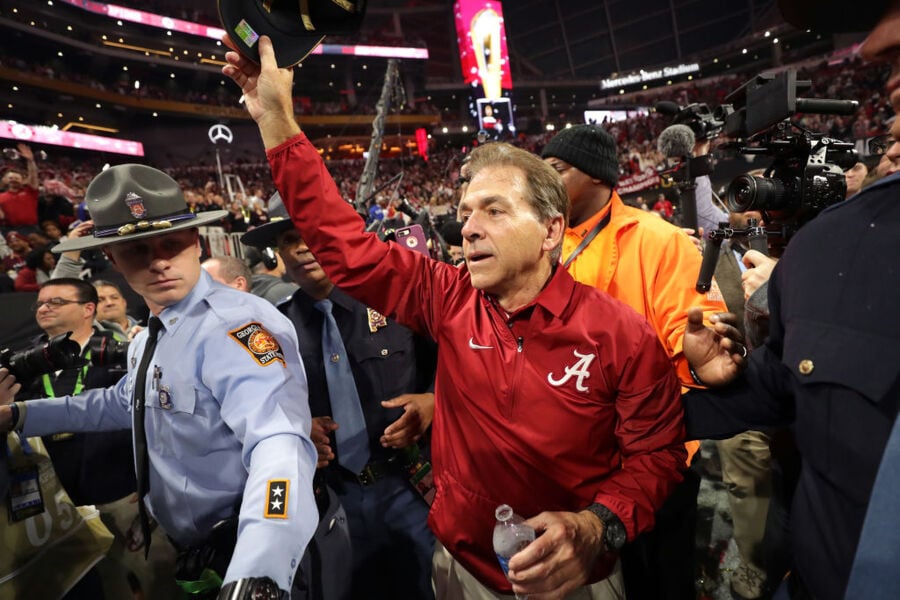 Over the course of this deal, Saban will make $74,400,000. That, of course, assumes Alabama doesn't add any more years to the contract. Saban could even earn more than the nearly $75 million he's owed.

Of course, Saban's players don't make any dollars, which causes contention among a group of fans. But you could argue that playing in Saban's system opens up the door to success in the NFL. With that comes millions of dollars.

Perhaps this is the most staggering note of all, per Darren Rovell: Kay Ivey, the governor of Alabama, makes $119,500 per year. Nick Saban makes more than that ($123,288) every six days. That's incredible to think about.

Then again, consider how many championships and revenue Saban has brought into the school. Alabama might even be getting a bargain with this new deal.

Either way, it looks like the Crimson Tide won't be going away anytime soon.