Nick Foles helped lead the Philadelphia Eagles to a Super Bowl last season. He was a local hero and even started the first two weeks of this year. Once Carson Wentz returned from injury, though, Foles went back to the bench.

But now, Wentz is back on the injured list, and Foles has a chance to shine once again. And he just may earn millions of dollars in doing so.

The Eagles announced Wentz has a stress fracture in his back, an injury that could keep him sidelined for three months. That likely means Foles will start in every game left for the Eagles this season.

After the team's Super Bowl victory, it restructured Foles's contract to be more incentive-based. Though he'll earn $9 million in base salary, signing bonus, and roster bonus, he can earn millions more during the final few weeks of the season. 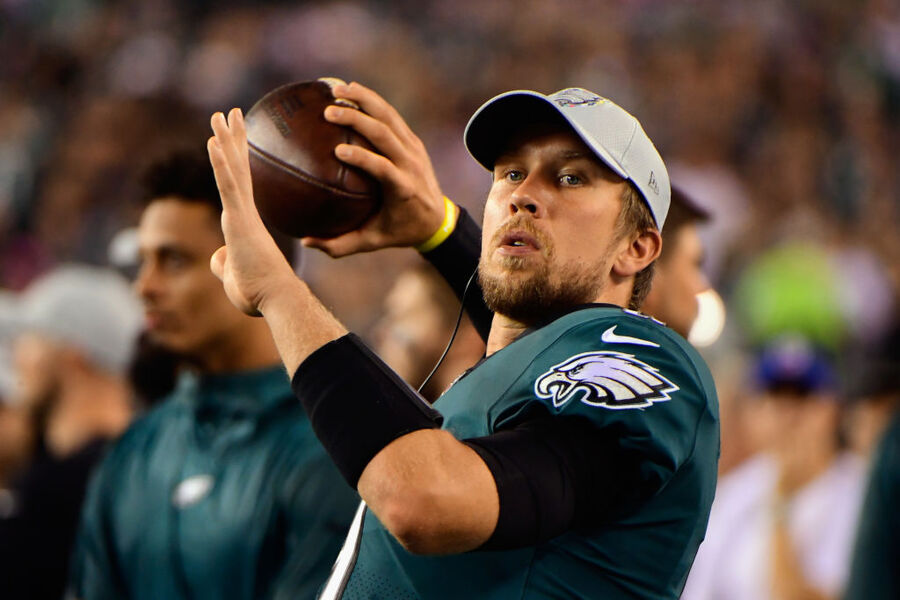 Foles will make $250,000 per game simply by starting. With Wentz likely done, that means Foles is already getting $750,000 if he stays healthy. That per game amount doubles if the Eagles win. Foles could potentially make $1.5 million if the team wins out. Add another $250,000 if Foles completes 62.5% of his passes – totally a reasonable goal in the Eagles offense.

Despite the team's struggles this year, the postseason is completely within reach. The Eagles can make the playoffs by winning out and getting to 9-7 while the Minnesota Vikings and Carolina Panthers each lose at least one of their final three games.

If things break perfectly, Foles will take home an extra $2.25 million by the end of the season. Not bad for a month's work!