NHL Player Jack Johnson Is In A Bankruptcy Battle With… His Parents?

A parent's main job is to provide for his or her children. If a kid scrapes his knee, or needs help with a math problem, mom or dad comes in to the rescue.

But what if the child needs his parents to leave the house they're living in? What then?

That's the case with Columbus Blue Jackets' defensemen Jack Johnson. Johnson, who filed for bankruptcy in 2014, is accusing his parents of mismanaging his finances, wasting money on cars, jewelry, and opening multiple lines of credit that forced him into debt.

In order to pay off the debt, Johnson has requested his parents move out of their Michigan home, a property that he owns. He plans to sell the property for $575,000 to help manage his debts, and use the proceeds from the sale to help pay down the remaining mortgage on the property, which is more than $515,000 – nearly equal to the asking price.

Mom and dad aren't going quietly into the night, though. Kristina and John J.L. Johnson have filed a letter with a bankruptcy court judge in Ohio, claiming they signed a 50-year, rent-free lease for the home, and have asked the judge to prevent Johnson from selling it.

When Johnson filed for bankruptcy a couple years ago, he revealed he had more than $10 million in debt. That likely started back in 2011, when he signed a seven-year, $30.5 million contract with the Los Angeles Kings. It was his first contract extension of his career, and he granted his mother full control of his finances. 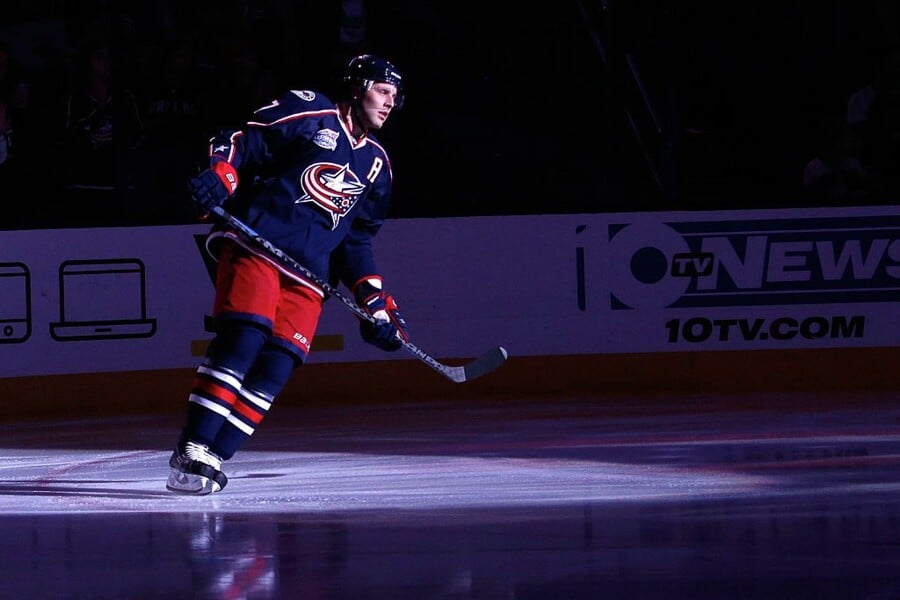 For a 24-year-old kid at the time, it didn't seem like the worst move in the world. But Johnson's parents each allegedly bought a car, and spent $800,000 upgrading a Manhattan Beach property.

Johnson's parents testified last year, that loan brokers approached them, guaranteeing a "surefire" method to make money with investments. They claimed the brokers took advantage of their lack of financial knowledge.

According to his creditors, Jack Johnson isn't completely innocent, either. They say he's been complicit in his parents' spending, and has committed "false representation and/or actual fraud." Johnson has denied these allegations.

The Johnson family moved from Minnesota to Michigan in 2003, which allowed Jack to play hockey for the U.S. National Team Development Program while he was in high school. At first, the family simply rented the home, then later purchased it and gave Jack ownership of the home in 2007. This was a move his tax accountant advised when Johnson signed his first contract. If he owned property, he'd have a mortgage deduction.

In his filing with the court judge, Johnson said his family, including his parents and minor brother, occupied the house "from time to time." His parents, meanwhile, insist they've continued living in the home as normal ever since they sold it to their son. They say they had lease agreements drafted with him, since that was a necessary step to obtain homeowner's insurance on their California property. Johnson later changed the locks on the doors to the property.

This was all included in the letter the Johnsons wrote to the bankruptcy court judge, which also featured the interesting tidbit that Johnson took his parents out to lunch with the lease money–$10 for each lease–and found a fly in his salad. Good to be thorough with the details.

A copy of the purported lease was also filed, which states they can live rent-free in the Ann Arbor home from April 2012 through April 2062.

Over the past several months, Johnson has been trying to convert his case from Chapter 11 bankruptcy to Chapter 7. The big difference is that Chapter 7 would allow him to keep his future earnings for himself – $15 million over the next three seasons. If his case remains a Chapter 11 bankruptcy case, some of that salary will go towards paying back his former lenders.

If Johnson is unable to sell either home in California or Michigan, he does have a few other assets he can fall back on: a 2012 BMW, a 2011 Ferrari, and two 2007 BMW X5 automobiles.

In the meantime, home doesn't seem very sweet for Jack and his parents.