There has been a lot of talk over the last couple years about an NFL team possibly moving to Los Angeles. The last two teams that called Los Angeles home – the Raiders and Rams – moved away in 1994, leaving the second biggest media market in the country without a home team. There is just one problem: The city no longer has a viable NFL-quality stadium.

Several teams are rumored to be interested in moving to L.A., largely because they want new stadiums (or at least some serious upgrades), and their current home city doesn't want to pay for it. Rather than foot the bill themselves, they are threatening to move the team to Los Angeles. Whether they are serious, or are just using the threat as a bargaining chip, only the teams actually know.

Of course, what would help give their threats some credibility, is if there was a stadium in Los Angeles ready and waiting for them, or at least a funding plan in place to pay for it. However, with the cost of stadiums running about $1-2 billion these days, that is easier said than done. 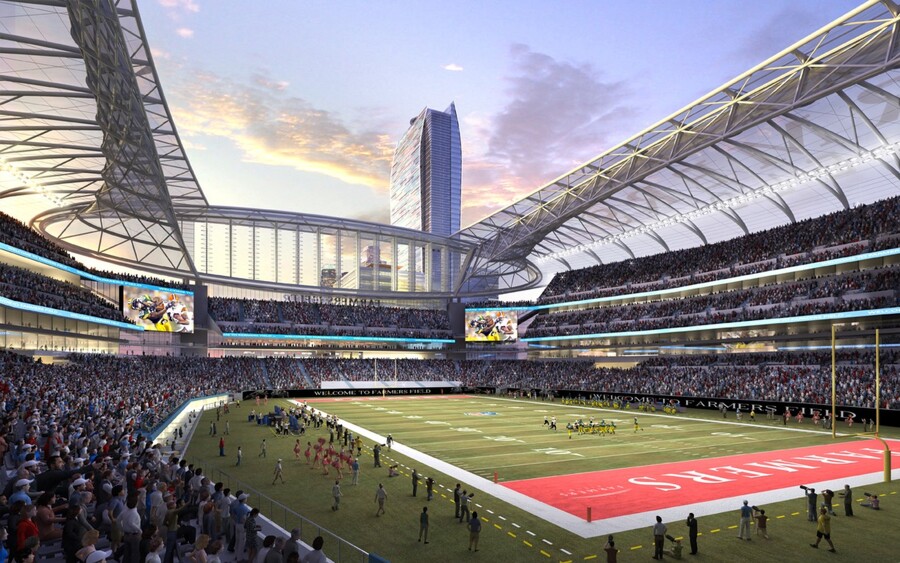 To help cover the cost, the league is hoping the players will help shoulder some of the cost. Sound crazy? Actually, it's something the players already do through stadium credits, which were negotiated and incorporated into the last collective bargaining agreement.

Under the old CBA, the owners took $1 billion off the top of the league's revenue to cover stadium costs, and the players got a cut of the remaining revenue. When the new collective bargaining agreement was negotiated, however, the players wanted a piece of the whole pie. The owners eventually complied, but they needed the players to share some of the burden of stadium construction costs, as well.

The players agreed to a 1.5 percent "stadium credit." Each year, 1.5 percent of all league revenue can be used for stadium construction, new and renovations. If revenue for the year is $10 billion, that means there would be a maximum credit of $150 million. 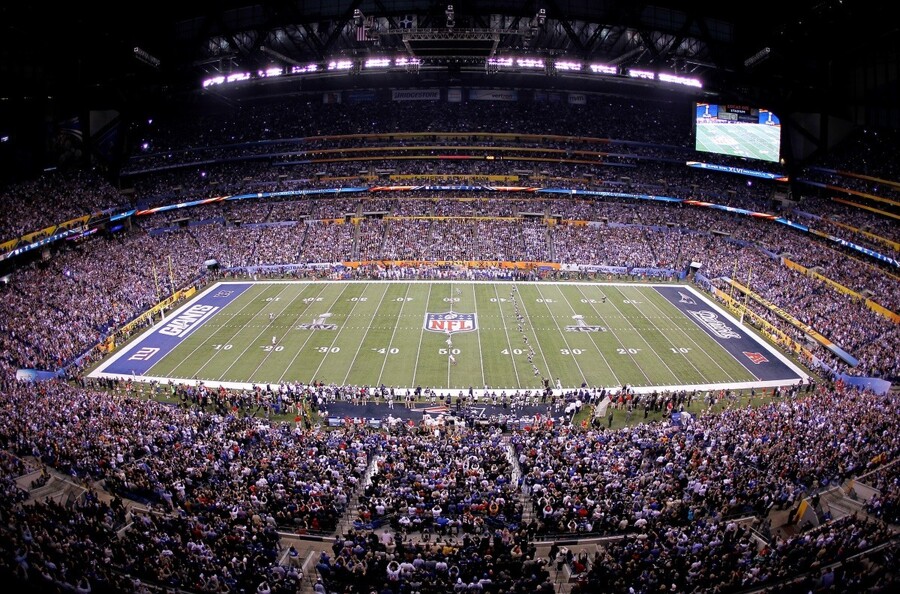 The league is hoping the players will be willing to throw in $300 million, but there is one problem that will have to be solved first. The owners have already used the stadium credits available under the CBA, which runs through 2020. So for this to happen, the players will have to agree to it as well, but only after getting something in return from the league. Talks are supposedly underway, but there has been no word on what, if anything, has been proposed.

This could be the door the players needed opened in order to reduce the role that NFL commissioner Roger Goodell plays in the disciplinary process. Under the current agreement, he hears the initial case and the appeal, meaning he will essentially have to admit he was wrong the first time around, if anyone is going to win an appeal.

The question may become whether the players are willing to make a little less money each year (because the stadium credit comes out of their cut), to reduce Roger Goodell's power over them.