It is a sad time for NFL fans. For most, the season is over for their team, but for some it may be the last time they see their team. Rumors of teams moving to Los Angeles have been floating around for months, and have finally started coming close to reality. Three have officially filed the paperwork to relocate – the Oakland Raiders, St. Louis Rams, ad San Diego Chargers.

The problem all three have with their current city is the same: their stadium is old and out of date, and in some instances, just falling apart. To be competitive in today's NFL, it has become necessary to have a state-of-the-art stadium full of luxury boxes. The problem is figuring out who is going to pay the $1-2 billion costs to build them. 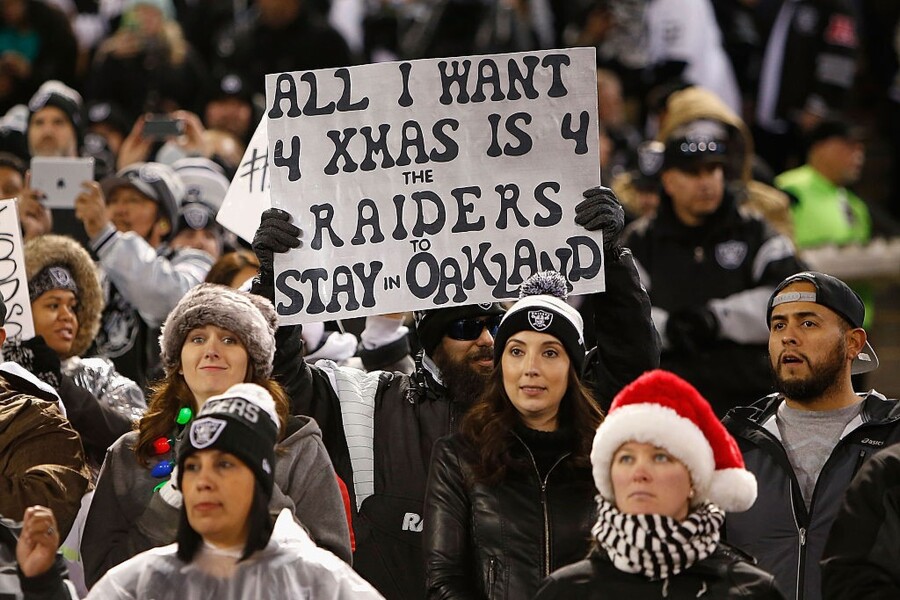 All three teams have been trying to negotiate with their respective cities for months in an effort to get financing for a new stadium approved only to fail, time and time again. Nowadays, owners want the cities to pay a percentage of the costs for stadium construction, but all three cities have shown some reluctance when it comes to spending tax dollars on a building that is not going to get a lot of use.

While they can't get funding and plans drawn up in their current respective cities, all three teams have plans and apparently the funding to build in Los Angeles. Stan Kroenke, the owner of the St. Louis Rams, has proposed a new stadium in Inglewood that will run $1.86 billion. The Chargers and Raiders have elected to share a stadium in Carson that will cost $1.75 billion.

Expense, right? Well—it gets worse. Just for the right to move to Los Angeles and build their ridiculous stadiums the teams will have to pay a $550 million relocation fee to the NFL.

Why so much? A price tag of $1 billion was being discussed at one time before $550 million became the number. The fee is charged as a means of compensating the other teams for the lost opportunity of moving to said market, as well as for the enhanced value of the moving franchise.

Los Angeles is the second largest market in the country, which makes the fact that it has remained without an NFL team for about two decades somewhat surprising. Many teams have discussed the idea in the past, but none have been able to put together sufficient financing deals till now. However, just because a team wants to move doesn't mean it will be allowed to. The owners are set to meet in Houston on January 12 to vote on who – if anyone – will be approved to move.

Many believe the Rams and Chargers will get approved and the Raiders will not, but the $1.1 billion stadium proposal the city of St. Louis submitted to the NFL could prove to be a stumbling block for the Rams.