NFL To Refund Millions Paid To Honor Military At Games

The story has been out there for some time. Over a year ago it became public knowledge that many NFL teams had been paid by the Department of Defense to show respect and honor members of the military at games. No, they were not reuniting families just to make us cry or honoring hometown heroes because they deserved it.

They were being paid to be patriotic.

When the information was first made public it didn't look good for the NFL, but at the time the league did not seem too concerned about how it made teams look. However, thanks to the attention that Arizona senators John McCain and Jeff Flake have brought it with the release of their report the NFL has been moved to action. 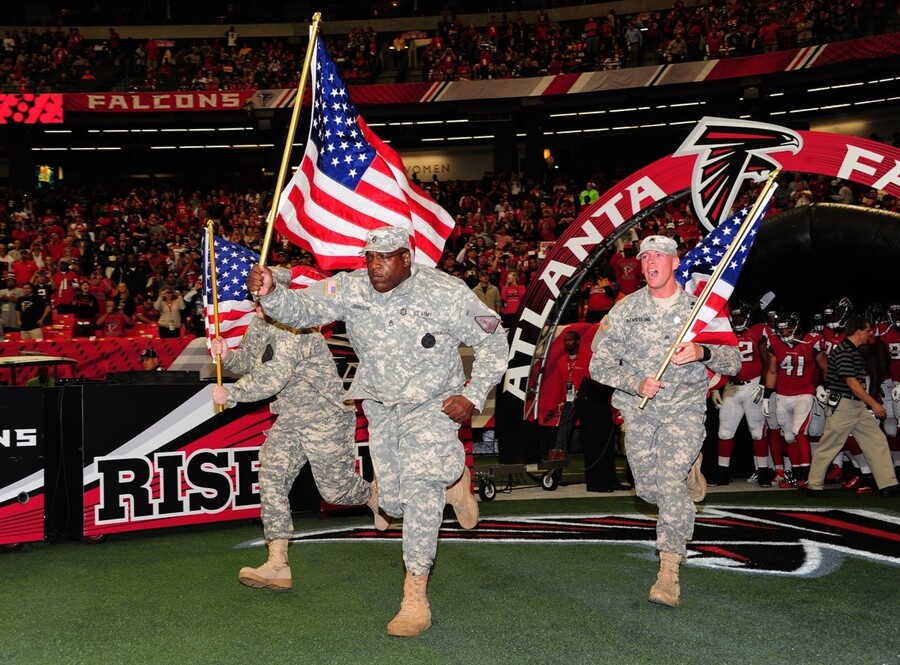 Since the report broke naming the NFL as the biggest beneficiary of what is being called paid patriotism league commissioner Roger Goodell has stated that the money will be refunded. A review of all 32 teams will be conducted to see who received what so that the proper amount can be refunded.

A review is necessary since some of the contracts were for legitimate marketing and advertising efforts.

The NFL has received the brunt of the criticism since it received the most, roughly $6 million, but they are not alone. During their investigation, McCain and Flake uncovered 122 contracts between the Pentagon and individual teams and leagues, professional and college. In total, they found that $53 million was spent on marketing and advertising with sports teams from 2012-15. Of that, about $10 million went to NFL, NBA, NHL, MLB, and MLS teams.

NFL teams account for roughly $6 million of the total amount, but it is still not clear how much was spent and what for since the Pentagon was reluctant to cooperate.

The NBA has denied receiving money for patriotic acts, but has stated that it will conduct a review to make sure that was indeed true. The NHL and MLB have refused to comment.

Of teams in the NFL the following have been reported as receiving money to honor the troops:

Senator McCain and Flake's report also named the Minnesota Wild ($570,000), and Atlanta Braves ($450,000) as teams that also took money from the Pentagon for patriotic acts.